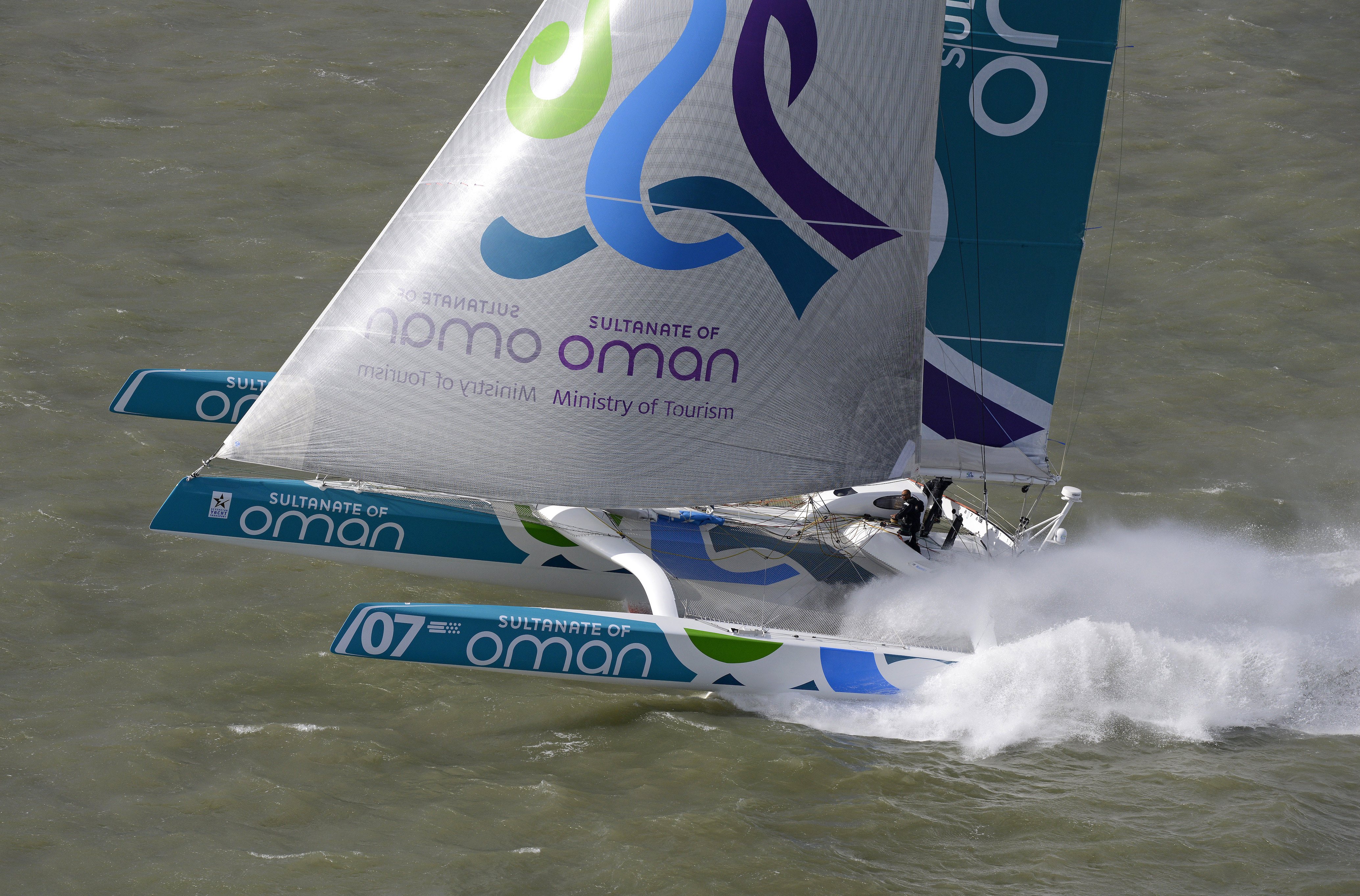 Sevenstar Round Britain and Ireland Race - A Mighty Challenge

The Sevenstar Round Britain and Ireland Race is undoubtedly one of the toughest of all yacht races.

First organised by the Royal Ocean Racing Club (RORC) in 1995, the 1,805nm course is reputedly tougher than a transatlantic race as it negotiates headlands with tidal challenges all around the UK, as well as the notorious British weather. The race starts and finishes in the Solent and is on a four-year cycle because of the toughness of the race which is a step up from a typical RORC offshore and even the Rolex Fastnet Race.

It attracts the serious RORC racer looking for a special challenge and this race is special; three times longer than a Fastnet, circumnavigating all the islands of the UK, including Muckle Flugga, the most northerly point, which is a momentous place for any sailor as it is further north than Cape Horn is south!

Senior RORC member, Gavin Howe will be racing a brand-new Sun Fast 3600 Tigris which is typical of the size of boat that competes in the race. Gavin raced around the course in 1978, 40 years ago and will have 23-year old Sam Cooper as crew. 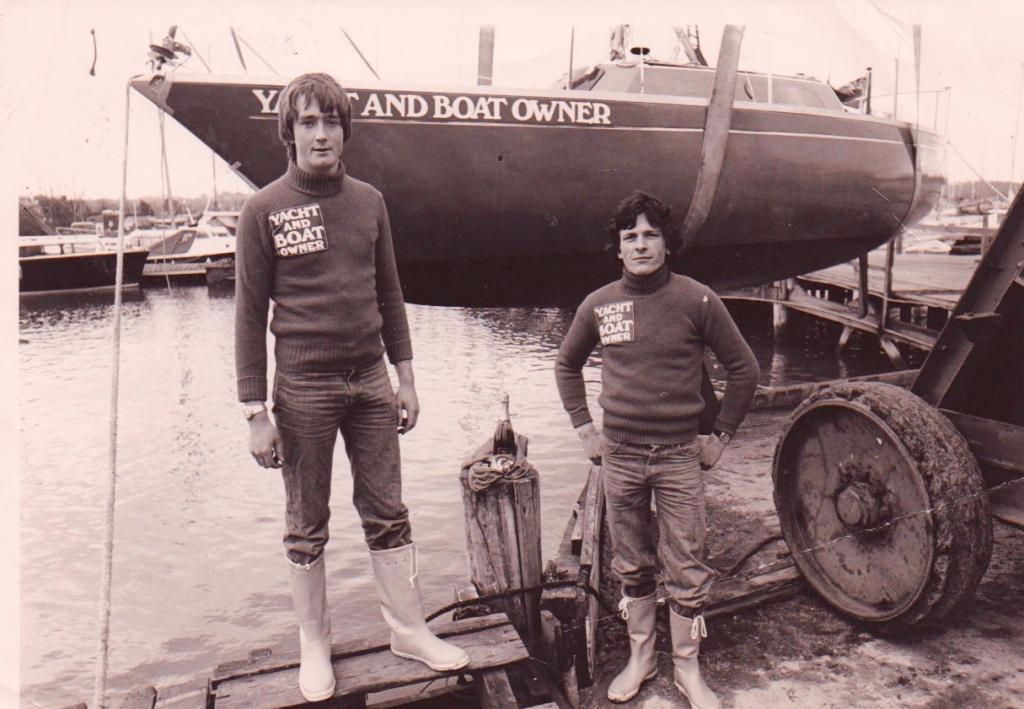 Flashback: RORC member Gavin Howe and Mike Owen in the 1978 Round Britain Race

"I did the race when I was roughly the same age as Sam, so, returning to the race is very nostalgic for me," explained Howe. "Back then I raced two-handed with Mike Owen on a 24ft Finot design, Rêve de Mer. We had to modify it to make it big enough for the entry requirement! In those days we had no GPS, no electricity, not even a VHF. All of that will be different for this race. We have to complete the statutory 500 miles racing with the RORC and comply with the special regulations for the race. I have every confidence with Sam as my crew. He may be young, but we have spent time offshore in other boats and he has been rock solid and very thoughtful."

In 2014 the Sevenstar Round Britain and Ireland Race set an unprecedented five new world records because an intense low pressure system settled over northern UK making the race a downwind ride for the faster boats. The MOD70 Musandam-Oman Sail did not tack once in the whole of the 1,800nm as she sped around the outside of the low pressure system with the wind behind her. 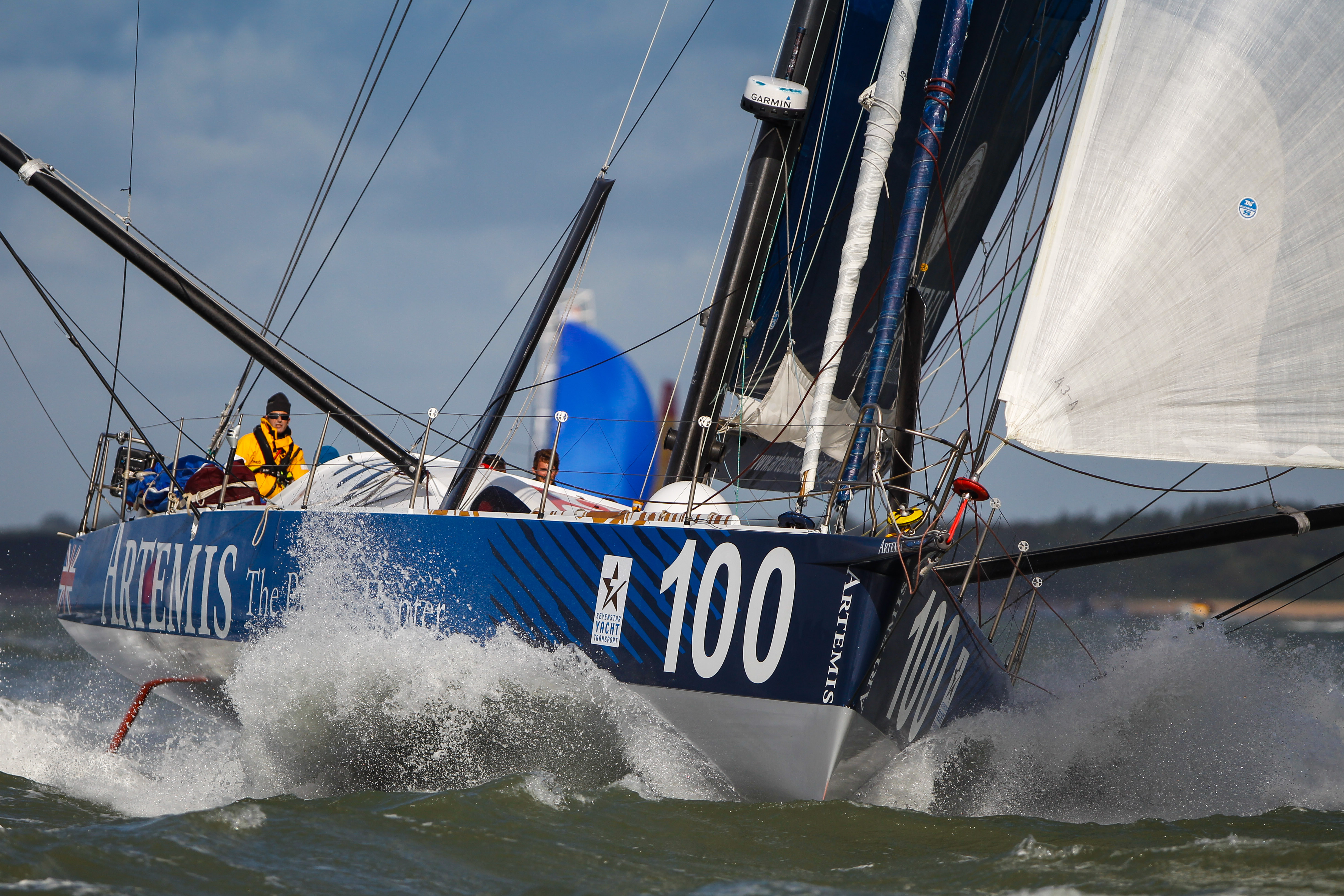 Record-breaking round the world sailor, Brian Thompson won the Sevenstar Round Britain and Ireland Race in 2010 and went on to set a new world record in the 2014 race in IMOCA 60, Artemis - Team Endeavour © http://www.rick-tomlinson.com/

For 2018 an amazing variety of yachts is expected, with world-class professional and passionate corinthian sailors racing together to climb one of offshore racing's biggest mountains, and will include IMOCA and Class 40s.

IMOCA 60s have tasted tremendous success in the Sevenstar Round Britain and Ireland Race. In 2010, Artemis Ocean Racing was the overall winner and returned in 2014 as Artemis - Team Endeavour, skippered by Brian Thompson, setting a new 60ft Around Britain and Ireland world record of 5 days, 14 hours, 00 minutes and 54 seconds. For the next race, IMOCA 60 Rolex Fastnet Race champion SMA, skippered by Paul Meilhat, will be competing:

“After racing the Rolex Fastnet Race this year I’m excited about tackling another RORC organised event, the Sevenstar Round Britain and Ireland Race, next year," comments Meilhat. "Although not the longest course for us who sail in the IMOCA class, this race course has plenty of major navigational challenges, with corners to tackle, coastal effects and tide to factor in, and all that whilst sailing in one of the most volatile climatic regions of the world. As we find our way around the British Isles, in whichever direction the race committee and weather dictates, we may even get to race along coastline, something else we don’t do much of in the IMOCA Class! I'm looking forward to it and I know many other IMOCAs are looking at entering too." 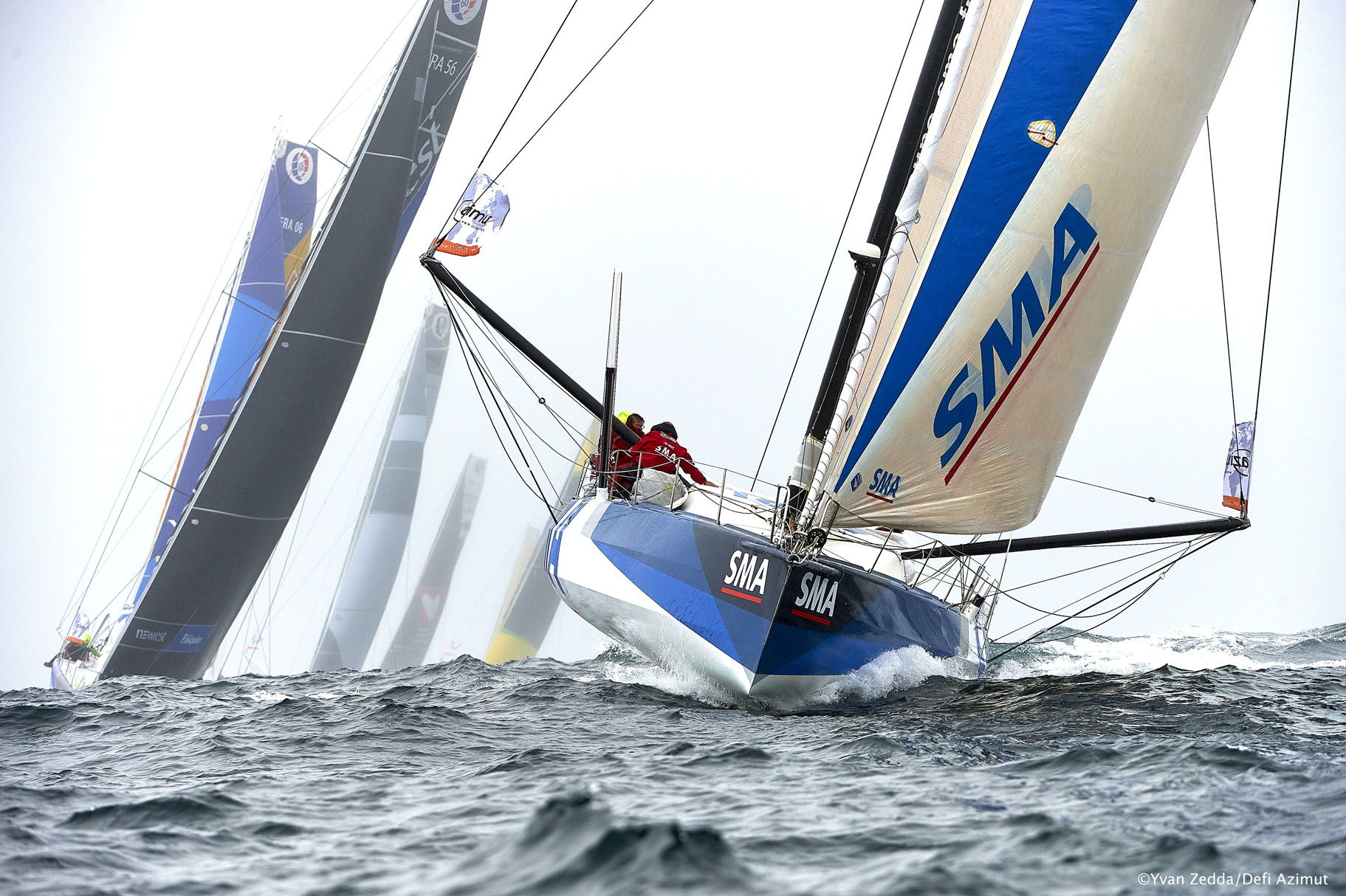 The 2018 Sevenstar Round Britain and Ireland Race is also an official event for the 2018 Class40 circuit. In 2014, Swish, skippered by Canadian Roderick Knowles set the world record for monohulls '40 foot and under' of 8 days, 19 hours, 06 minutes and 49 seconds.

For the 2018 edition, a significant number of offshore pocket rockets will be taking part, including Halvard Mabire and Miranda Merron with Class40 Campagne de France:

"Over the years I have raced the course about five times," commented Merron. "It is a long race best broken down into legs to maintain a good performance. It can be exceptionally tough, especially the sea state in the North Sea and Atlantic Ocean and the wind angle and speed can vary very dramatically during the race. The saying - 'To finish first, first you must finish' - could not be more appropriate." 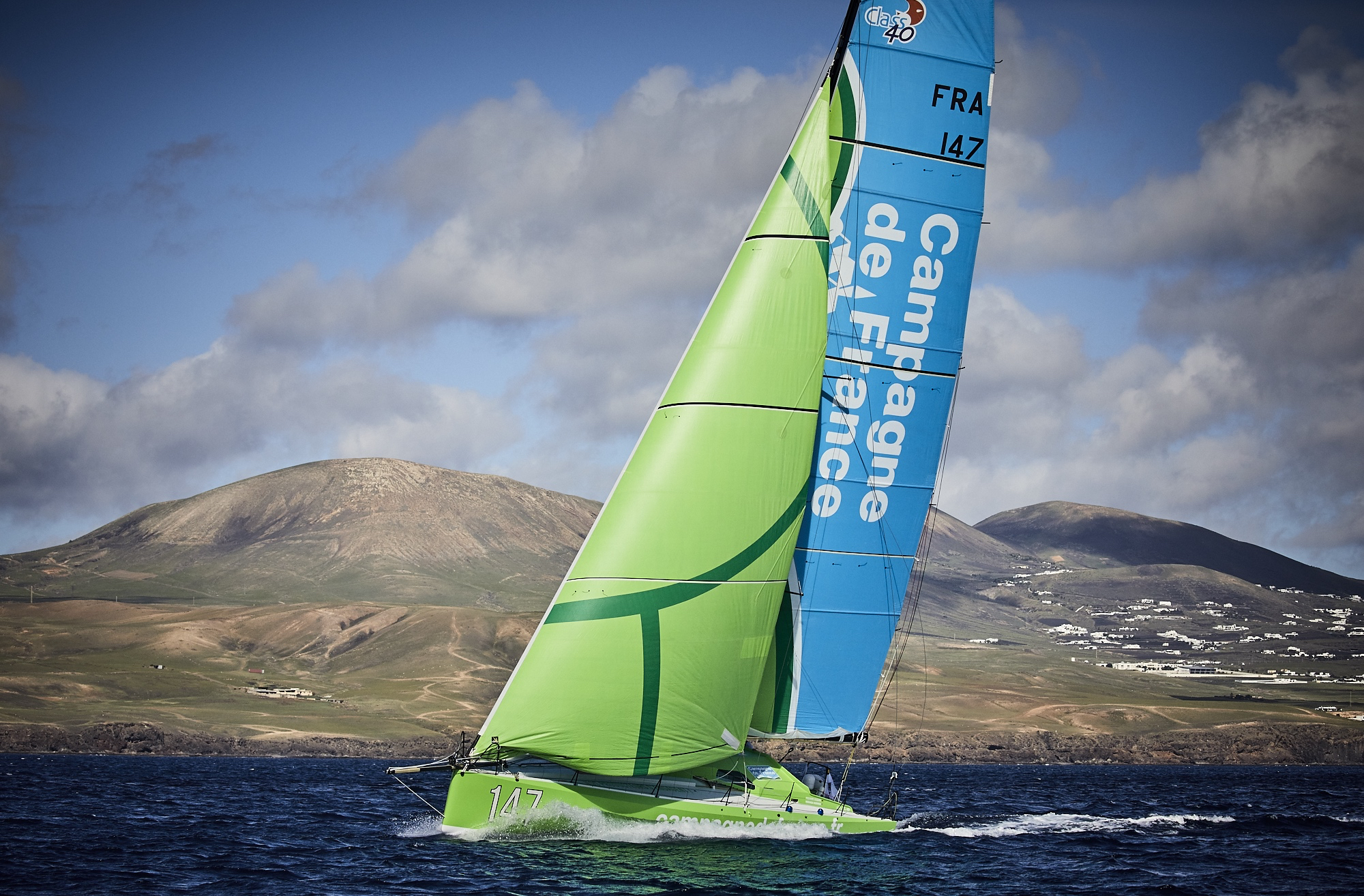