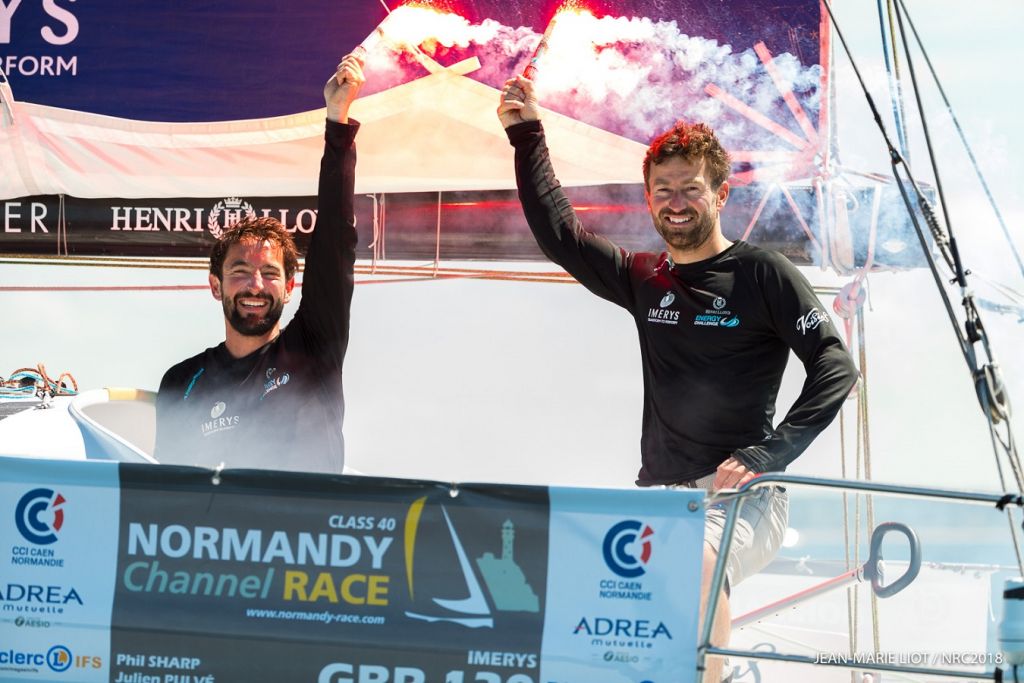 Phil Sharp's Class40 Imerys is set to compete in the RORC's Sevenstar Round Britain and Ireland Race in August. Image: After winning the Normandy Channel Race with Julien Pulvé
© Jean-Marie Liot/NCR2018

A record 10 Class40s have entered the Sevenstar Round Britain and Ireland Race and more are expected to take up the tough 1,800 nautical mile non-stop race. Starting and finishing from Cowes Isle of Wight, the course takes the fleet as far north as Muckle Flugga in the Shetland Islands. The 61st parallel north is shared by Alaska and the Bering Sea! The 2018 race is an official event for the 2018 Class40 circuit and since the Class40s first competed in the race in 2006, only five have finished the gruelling challenge.

In 2006, Britain's Phil Sharp became the first Class40 skipper to finish the race and he went on to win the Route du Rhum later that year. Fast forward to June 2018 and Sharp with co-skipper Julien Pulvé was victorious in the 1,000 nm Normandy Channel Race, winning by just six seconds after six days of racing! For the 2018 Sevenstar Round Britain and Ireland Race starting on Sunday 12th August, Phil Sharp will skipper Class40 Imerys and is one of the favourites to win the class. 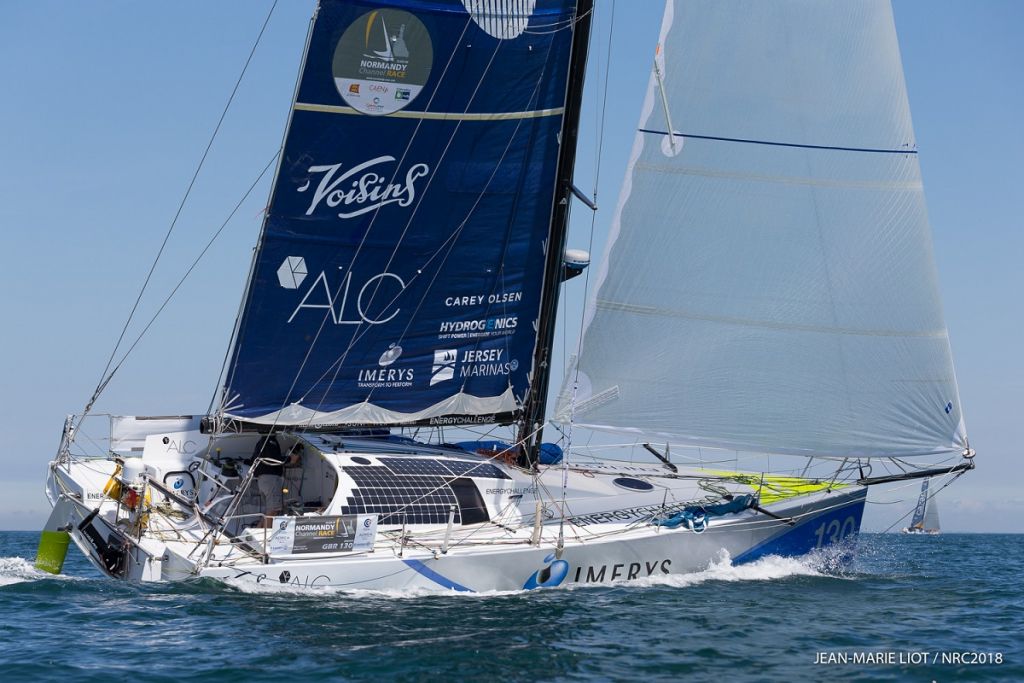 One of 10 Class40s in the Sevenstar Round Britain and Ireland Race - class favourite, Phil Sharp's Imerys © Jean-Marie Liot/NCR2018

"The diversity of racing around Britain and Ireland is a real challenge. You can get everything possible thrown at you. Just finishing gives tremendous satisfaction and makes you all the stronger for it," explained Phil Sharp. "We didn't do very well in 2006, but it was my first proper race in the Class40 and it was invaluable for the win in the Route du Rhum. It is a coastal race but you rarely see land and the course takes you further north than just about any offshore race. The weather can get very extreme and very cold. Racing in howling winds, fully in winter gear, makes it very easy to forget it is August. Pushing the boat to the limits can be stressful, but it is an amazing experience, surfing down waves getting doused in blue water. A Class40 transforms itself into a dinghy, especially the modern ones which are highly optimised racing machines," enthuses Sharp.

Yoann Richomme's Class40 Black Mamba will be competing for the first time. The French skipper from Lorient has been racing in the Figaro Class for seven years, winning the 2016 Solitaire du Figaro and coming runner-up in the Transat Jacques Vabre and AG2R Transatlantic races. 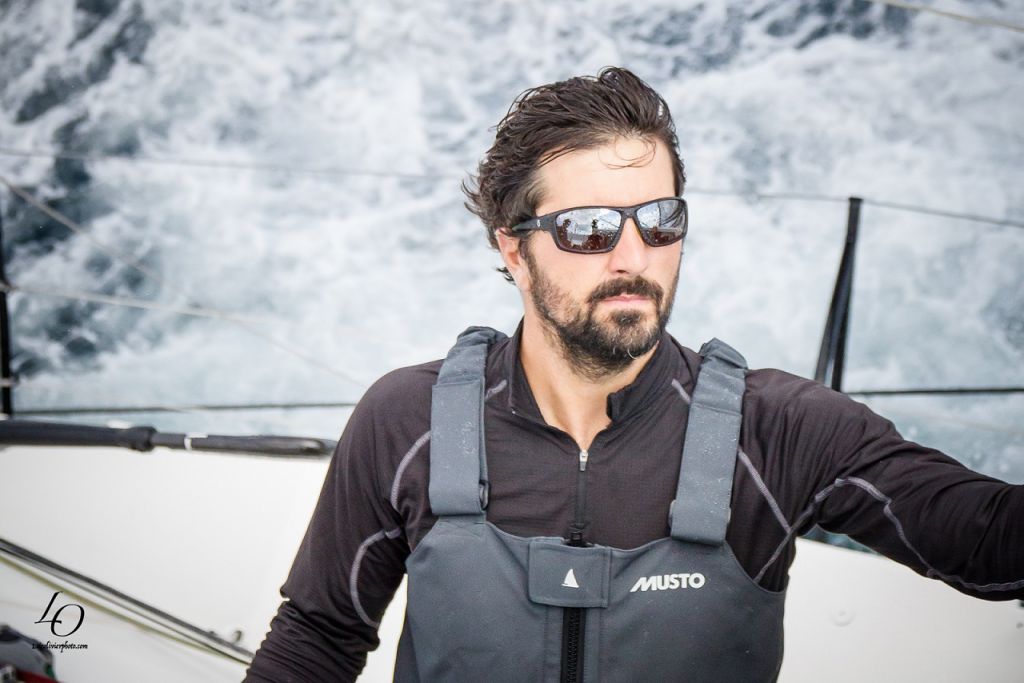 "This will be my first race on this course but I have raced many Fastnets and I love doing RORC races," explains Yoann Richomme. "The team will be Donatien Carme, my boat captain for the last seven years, and two other Figaro sailors, yet to be decided. I consider the Sevenstar Round Britain and Ireland Race to be a multitude of short legs, so in a way it compares to the Figaro where the legs are no more than 400 miles. However, we have to last 10 days which is closer to a small Transat. We will be pushing at 100% all the time with four high-level sailors onboard and discovering the 'northern lands' is part of the fun, but probably the hardest part of the race. I hope to learn a lot about the boat and I need to collect a lot of data to try and improve it for the Route du Rhum. I'm also looking for heavy conditions to test the boat as this is hard to find in France over the summer," continues Richomme.

The Sevenstar Round Britain and Ireland Race starts on Sunday 12th August 2018 from Cowes. The majority of the fleet will be racing under the IRC Rating system with additional classes for Class40, MOCRA and IMOCA. All boats will carry trackers and full coverage of the race will be available here on the Race Minisite.