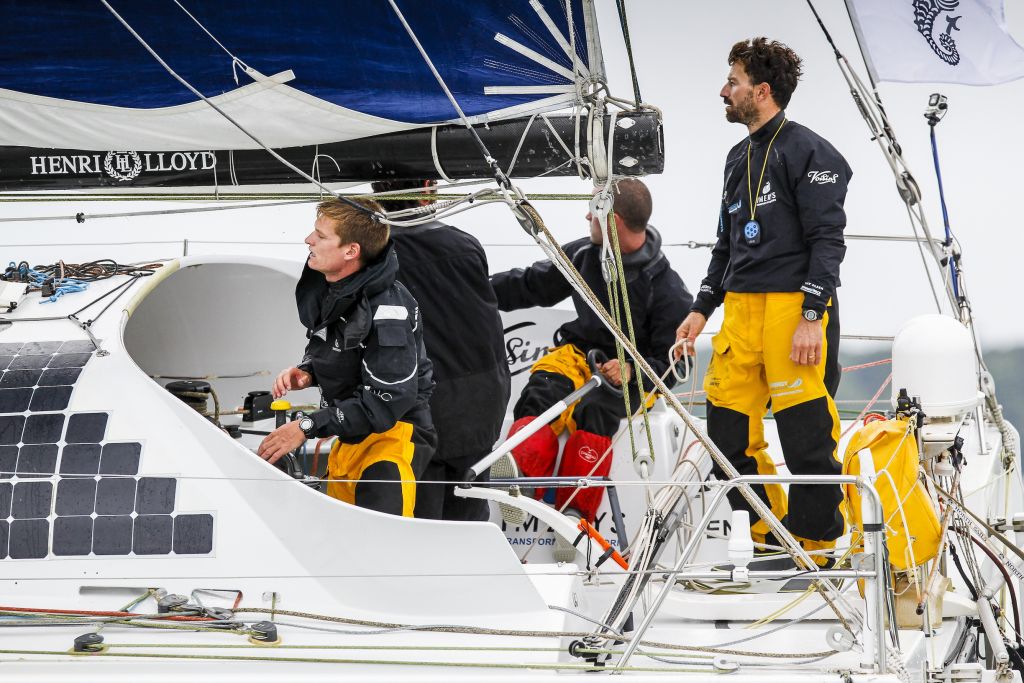 After eight days at sea fatigue becomes a big factor. The crews on board Phil Sharp’s Imerys Clean Energy and Concise 8 have been on the wind since Muckle Flugga, and the beating is due to continue with the wind expected to veer west. They will need to stay fully alert as they negotiate one of the busiest shipping lanes in the world. Just 21 miles wide, the Dover Strait has 400 ships passing through every day!

The race for line honours is likely to be decided by tomorrow (Monday). The 40ft and under world record was set in 2014 by Roderick Knowles GBR, Class40 Swish (8 days 19 hours 6 minutes 49 seconds). To beat the record would require one of the two leaders to complete the race by 07:06:49 on Tuesday 21st August. 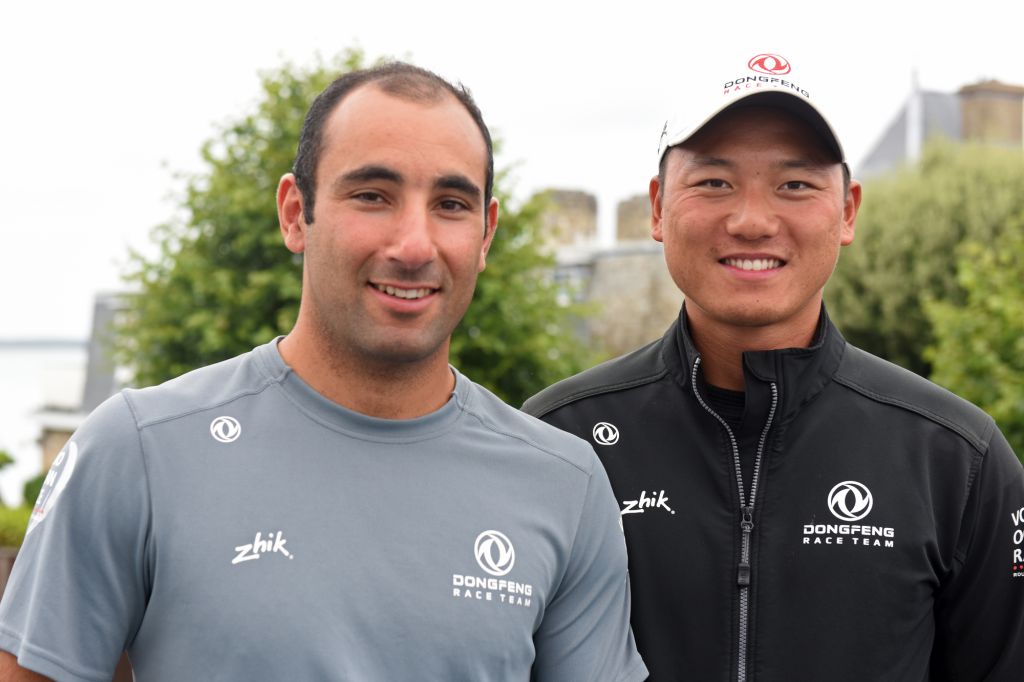 The provisional race leader after IRC time correction is Benjamin Schwartz and Chen Jin Hao's Figaro 2 El Velosolex SL Energies Group. The French and Chinese two handed team are 500 miles from the finish, negotiating a transition zone 60 miles east of Aberdeen. The wind is expected to veer north later today, giving Giles Redpath's British Lombard 46 Pata Negra (which is over 100 miles ahead of El Velosolex SL Energies Group) fast downwind conditions before this arrives. The Army Sailing Association's X-41 British Soldier, skippered by Major Will Naylor is sixth overall and the crew, who are all serving members participating in Army sport in their spare time,
is racing in a pack of yachts that will also benefit from the forecast northerly breeze.

“After a 'drive it like you stole it' to Muckle Flugga, it was more like 'try to keep it in one piece' after the Shetlands,” Benjamin Schwartz, El Velosolex SL Energies Group told the media team. “We had a really furious downwind with a top speed of 21kts over the ground, pushing as much as we could with the big kite and then the small one, with a few of broaches on the way! Then upwind was very tough with maximum gusts at 50kts and a bad, bad crossed sea. We are now playing between the transitions, trying our best to keep our advantage on the boats behind and not let Pata Negra go too far ahead. We have a restricted autopilot now as our speedo interface is broken - a big handicap.”

Three yachts are yet to round Muckle Flugga. The Oxford University Sailing Club's Prima 38 Talisman skippered by Simon Harwood has approximately 60 miles to go. The two handed team of Charles Emmett and Tim Winsey, racing Sigma 36 British Beagle, are leading IRC 4 and are approximately 136 miles from Muckle Flugga. A seasoned corinthian solo sailor, with more than 20,000 miles of offshore and ocean racing under his belt, Emmett is competing with his good friend Tim Winsey. After making two pit stops to repair her Sun Odyssey 45.2 AJ Wanderlust, Charlene Howard from Michigan, USA who is racing two handed with Neal Brewer from Arundel, UK is still over a thousand miles from the finish.

Sadly, Chris Staples’ Sigma 36 Tantrum of Langstone was dismasted, but we are pleased to report that the crew and yacht are all safely in Ballycastle, Northern Ireland.

Stories are coming in from the race course, which are posted in the Competitors' Blog: http://roundbritainandireland.rorc.org/news/blogs 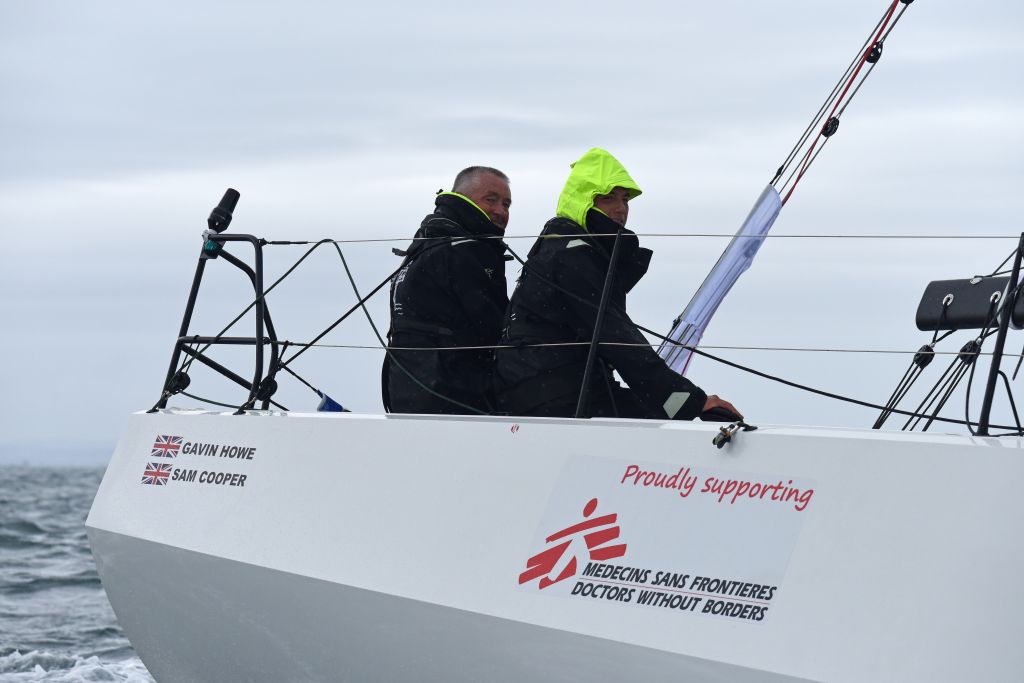 “We dropped the mainsail last night, which was sort of always in our plan with the weather forecast we had, even before the start. Just before dark, with 25 knots from behind, we were hit by a squall of about 37 knots. At the time we had a reefed jib and two in the main and were coming off waves at 19 knots. I shouted down to Gavin who was sleeping. We managed to get it down quite well and secured. We continued on with the reefed jib on its own and the boat was really well mannered in four metre waves. The swell was actually worse this morning as the wind had shifted, with three or four huge waves over 24 hours completely swamping the cockpit, so we have decided to have the companionway completely sealed up and the washboard in. If you are up on deck you have to clip on.” (To read the full blog from Tigris, click here: http://roundbritainandireland.rorc.org/news/blogs/869-crew-member-on-gbr914r-tigris)

Video from Gavin and Sam on Sun Fast 3600

Sailing Logic’s First 40 Arthur, skippered by Jonathan Tyrrell celebrated their arrival at Muckle Flugga, the most northerly point of the course, with a bottle of fizz and well they might, having experienced the brunt of the cold front the day before:

“We broke all known First 40 speed records at 22.9 knots under just the J4 and two reefs in the main,” exclaimed Arthur's skipper. “We changed down to the storm jib and trysail soon after that and saw 55 knots of wind for a while. We are all having fun and the boat is doing well, but having rounded Muckle Flugga, we are delighted to put the Code Zero up for the first time in this race. We are very much looking forwards to heading south!” 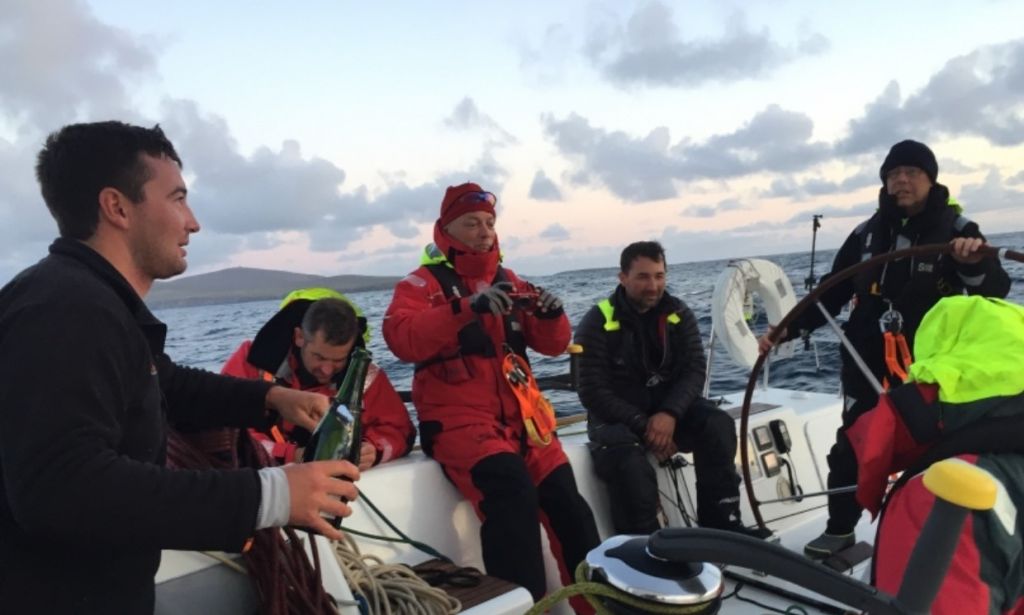