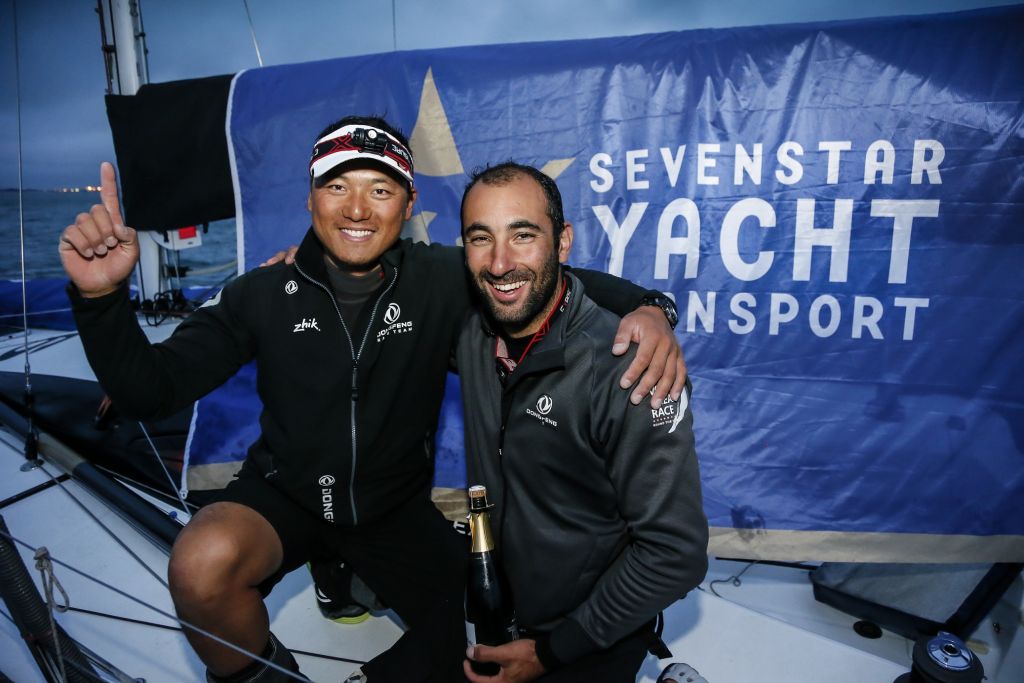 The French and Chinese co-skippers had become friends as part of Dongfeng Race Team, winners of the 2017-18 Volvo Ocean Race. Horace (Chen Jin Hao) has competed in the last two editions of the round the world race and was competing in the Sevenstar Round Britain Race for the second time, having come third in class with Dongfeng's VO65 in 2014. For the 2018 edition, their Figaro 2 is the smallest yacht in the race and they have secured second overall and won both IRC Two Handed and IRC Two.

The French and Chinese duo put in a massive effort showing immense skill and determination. Having led overall for long periods of the race, their Figaro 2 was hampered by electronic issues which affected their autopilot, but they continued to push hard right to the end of the 1,805 nautical mile marathon. Dockside in Cowes, the dynamic duo spoke about their Sevenstar Round Britain and Ireland Race:

“We took on this race because it is the biggest challenge of the summer and I have such respect for Horace (Chen Jin Hao). He is a true soldier and a proper warrior,” said Benjamin Schwartz. “Going around the top of the course was very tough, and unfortunately water ingress was a big problem. It got into the boat and destroyed our speedo, so we had to steer by hand totally when we were downwind. This is a fantastic and challenging course with so many elements. At times it was much like racing in Brittany; close tacking inshore to avoid the tide and also like the Atlantic, surfing down waves. Several times we were surfing at 15 knots for sustained periods of over half an hour!” 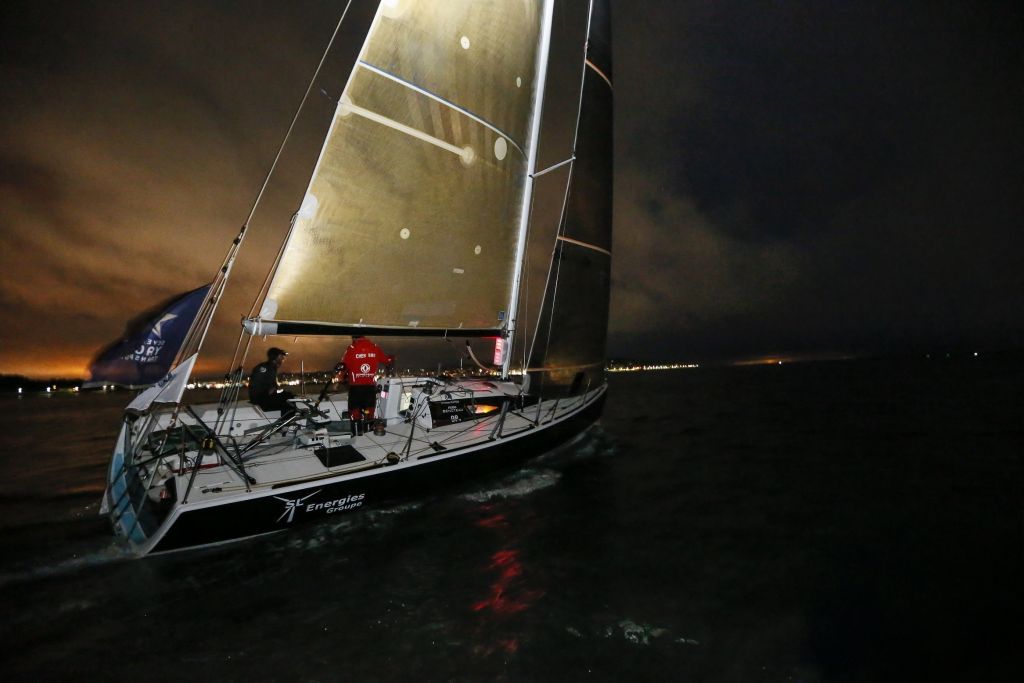 “I like a challenge and I have really enjoyed this race and learnt so much,” commented Chen Jin Hao. “I did this race before as crew with Dongfeng, but as skipper with Ben I have learnt about navigation, and much more. Ben told me that this would be a challenge for this size of boat, and it was very tough in the north. We didn't sleep for four days, but we tried to stay safe and be fast. With 100 miles to go I heard that one of the students from my sailing school had won the Topper Worlds, and this gave me the power to push hard to the finish. This is a great and tough race, a nice memory for my life, and I will hope to do it again.”

Twelve teams are still racing in the 2018 Sevenstar Round Britain and Ireland Race. Ross Applebey's Oyster 48 Scarlet Oyster and Ian Hoddle's Sun Fast 3600 Game On (Virgin media Business) are less than 50 miles from the finish. Class40 Aparito, skippered by Elin Haf Davies, with Chris Frost and Pip Hare, has retired. The boat and all of the crew are safe and well, more news in our next bulletin.