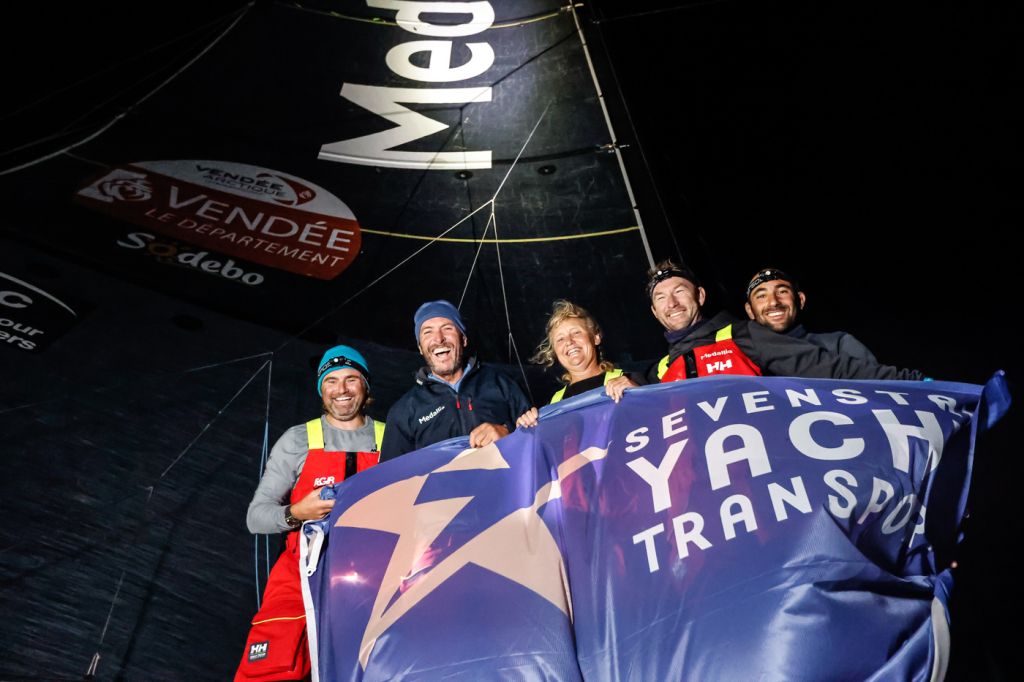 IMOCA Medallia, skippered by Pip Hare, took Line Honours in the Sevenstar Round Britain & Ireland Race in an elapsed time of 10 days 13 hours 23 minutes and 22 seconds. High pressure had dominated the early part of the race causing the Medallia team to take over seven days to get to Muckle Flugga. The second half of the course was much quicker with Medallia taking just over three days to finish the race in the early hours of Thursday 18 August. As Medallia crossed the finish line at the southern extremity of the course, the tenacious teams at the back of the fleet were rounding Muckle Flugga to the very north with near gale conditions. James McHugh’s Tquila is leading the Class40s, but fickle breeze, 350 miles from the finish line is making for tense decisions in the North Sea.

“It is not often I go into a race wanting to take line honours, but that really was a goal, so we are very happy,” commented Pip Hare. “We were gutted that Ollie Heer’s IMOCA had to pull out as it would have been a great competition. Medallia is a newer generation boat, but Ollie’s is more suited to light airs. We concentrated on trying to extend from the other boats in the race and get around the course as quickly as possible. I am really stoked to get line honours in a race around Britain and Ireland."

"In the Vendée Globe it is a big deal to race around Cape Horn, but the Shetland Islands is way further north than Cape Horn is south. I'm very, very proud to have my name against line honours in this edition of the Sevenstar Round Britain and Ireland Race. I have full admiration for everyone out there; this is a tough race for all of us, but the first cold beer when you cross the line makes it all worthwhile!” said a jubilant Pip. 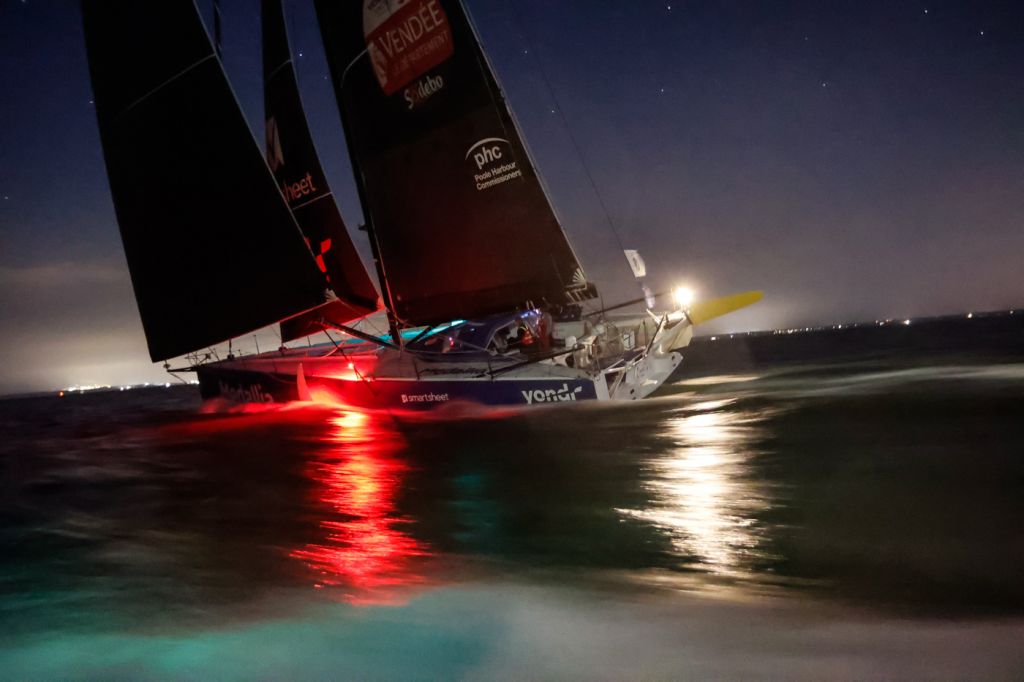 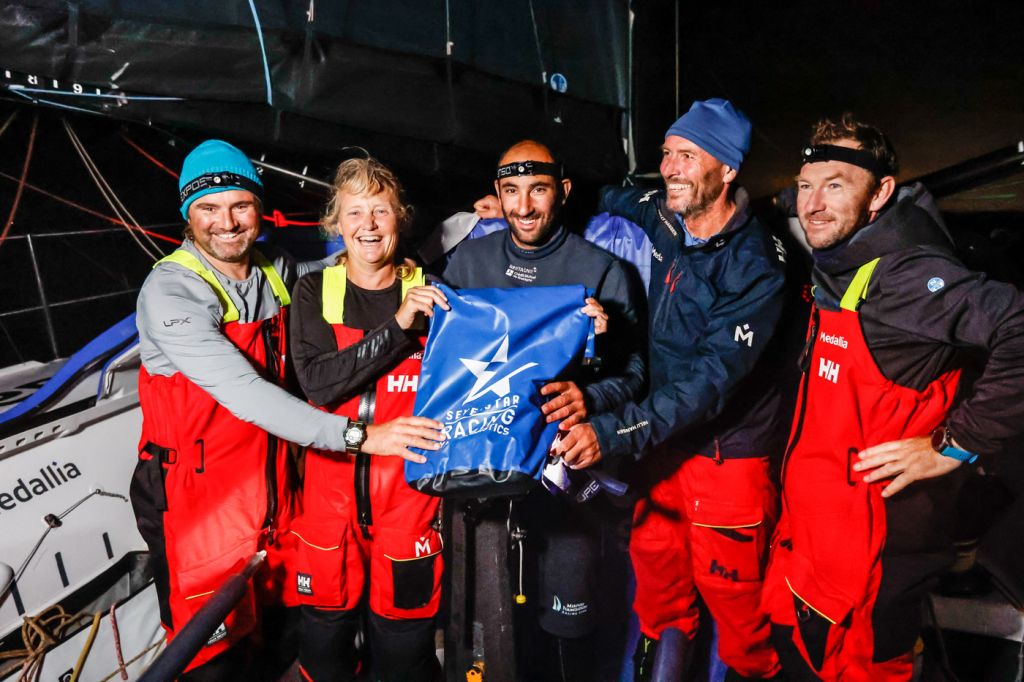 IRC Class Update
For the overall win under IRC, the competition is getting even more intense with less than four hours separating the top three after time correction. Eight of the top 10 ranked teams are all racing in IRC Two-Handed. Rob Craigie & Deb Fish on Sun Fast 3600 Bellino is still in pole position. Sam White & Sam North on JPK 1080 Mzungu! is second and Richard Palmer and Rupert Holmes on JPK 1010 Jangada is third. The most miles raced in the last 24 hours by a Two-Handed team is Gavin Howe and Maggie Adamson’s Sun Fast 3600 Tigris. One of the top performers of the fully crewed boats is the Army Sailing Association’s Sun Fast 3600 Fujitsu British Soldier, which is now ranked fourth overall.

By 0400 on Day 12 of the Sevenstar Round Britain & Ireland Race all of the boats racing had rounded Muckle Flugga, with First 40.7 Polished Manx II raced by Kuba Szymanski & Adrian Kucmin, the 20th to feel the joy of making the top of the course. “Polished Manx is making sure that there is no one left behind, I can safely report,” commented Kuba as Polished Manx headed south. 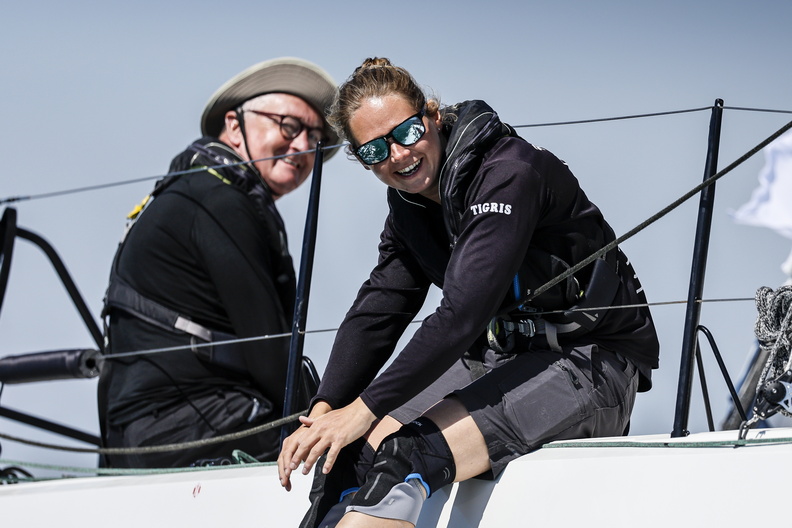 The most miles raced in the last 24 hours by a Two-Handed team is Gavin Howe and Maggie Adamson’s Sun Fast 3600 Tigris © Paul Wyeth/pwpictures.com 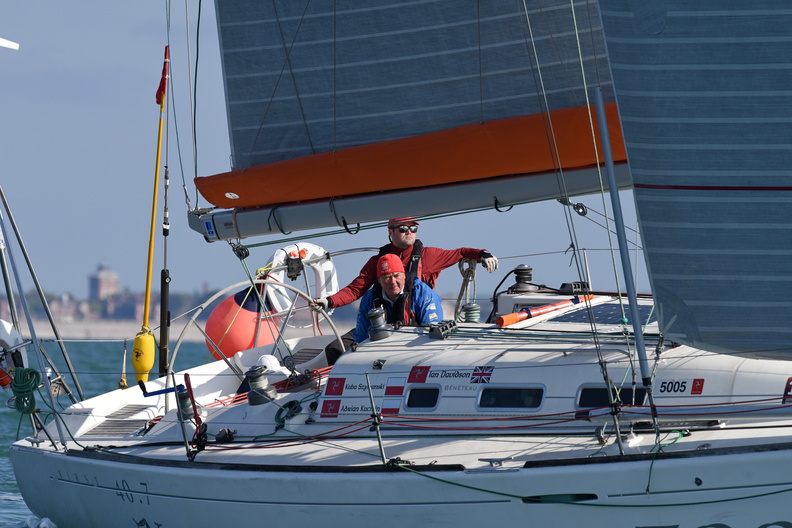 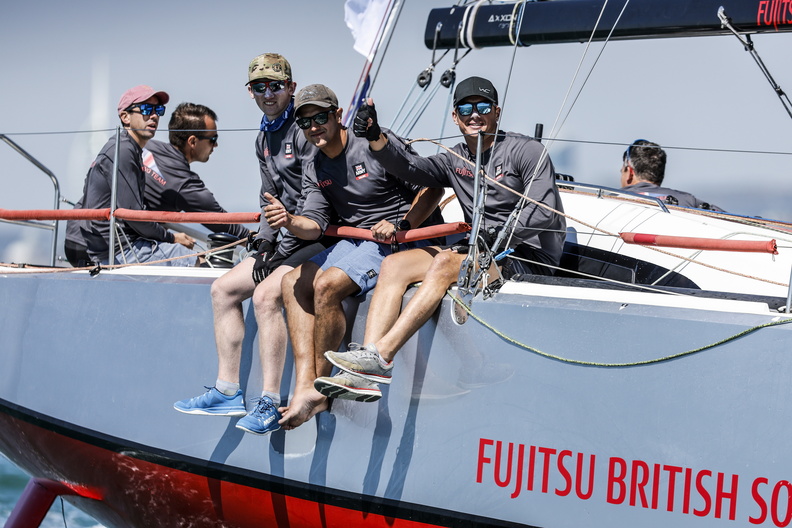 One of the top performers of the fully crewed boats is the Army Sailing Association’s Sun Fast 3600 Fujitsu British Soldier, which is now ranked fourth overall © Paul Wyeth/pwpictures.com

The Sevenstar Round Britain & Ireland Race Live! Blog reveals reports of up to 30 knots gusting from the north. The blog details the real ordeals of beating to Muckle Flugga and the tense moments as spinnakers are hoisted to send it south: https://roundbritainandireland.rorc.org/live

Deb Fish racing with Rob Craigie on Sun Fast 3600 Bellino: “A wild night last night. We rounded Muckle Flugga in a 25 knot northerly with overfalls from the tide. The most difficult helming I’ve ever done with a kite up and just trying to keep the boat under the rig in the big waves. Good progress until we wrapped and blew the kite which took a long time to fix. We waited for dawn to hoist our S3 and had yet more dramas. We started to round up and heeled rapidly, we eased the sheet and nothing happened - it was still in the jammer on the leeward side. Rob tried to free it but slipped into the guard rails. I grabbed him and helped him back; he freed the sheet and we were sorted. Rob is a tough cookie. We have now both got some sleep and are fine.” 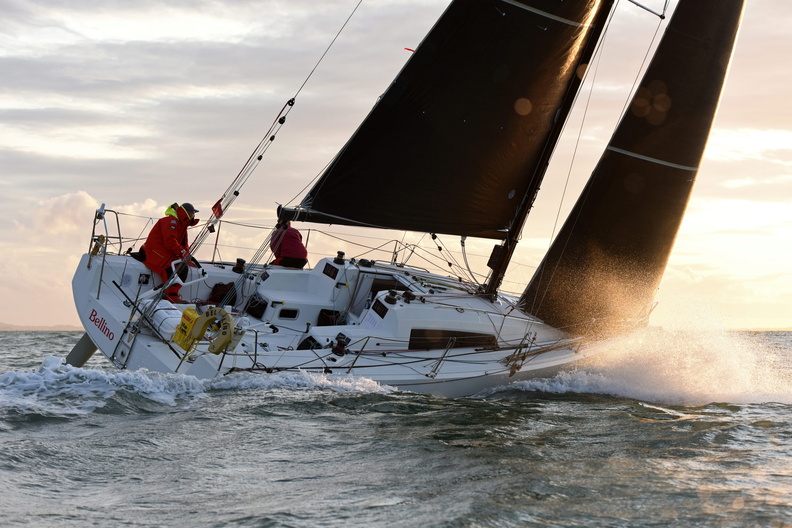 Deb Fish racing with Rob Craigie on Sun Fast 3600 Bellino: “A wild night last night. We rounded Muckle Flugga in a 25 knot northerly with overfalls from the tide © Paul Wyeth/pwpictures.com

Louise Clayton on board Stuart Greenfield’s S&S 34 Morning After: “Muckle Flugga let us through eventually! Amazing to be at the top of Great Britain! Not had signal or really seen any other boats for about four days. This must be the longest upwind leg I have ever done. We at least had some respite to dry everything out this afternoon, although this comfort meant the fleet running away from our lead that we have held for so long (Morning After was top of IRC for several days). All about to change around the corner though, so just keeping focused on keeping our boat as optimised as possible and the next block in front, not the destination. All well on board and fresh food is still going, but it won’t be long until the dry food comes out though.” 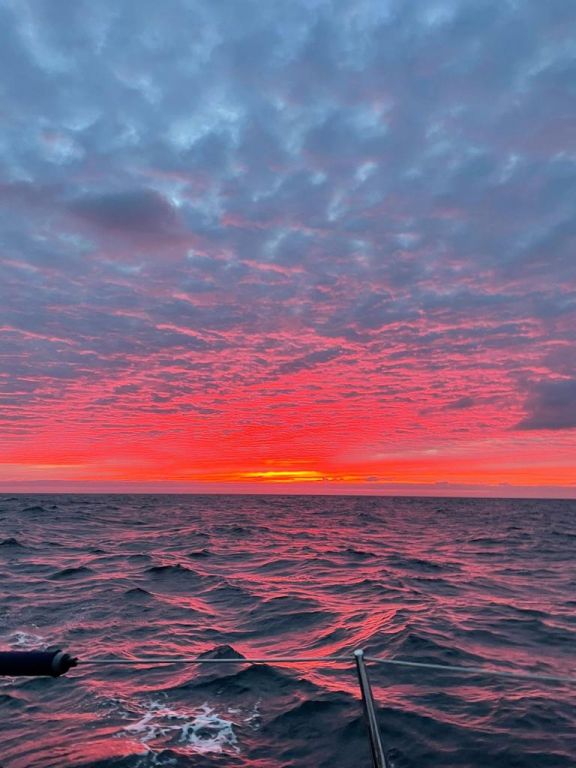 Live Blog with news from the teams: https://roundbritainandireland.rorc.org/live and via the race tracker: https://yb.tl/rbni2022