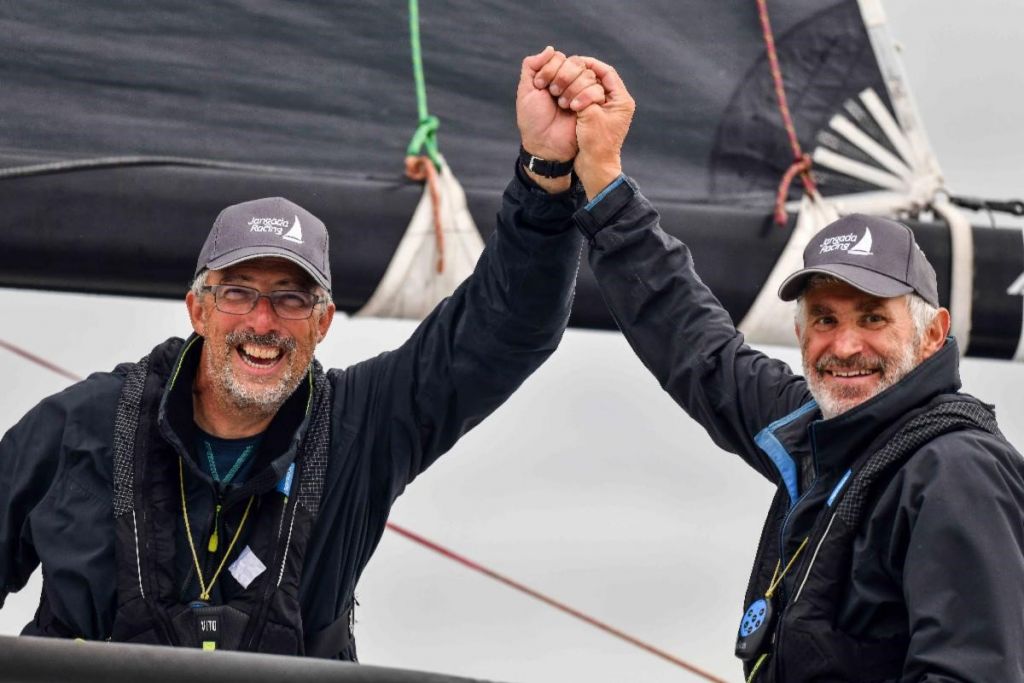 The Sevenstar Round Britain & Ireland Race came to a thrilling climax on the 16th day of the 1,805 nautical mile race. In a 14-hour flurry, 10 boats finished the race and a passionate dock party on Trinity Landing was followed by a hearty meal at the RORC Clubhouse in Cowes. Five boats are still racing but none of them can realistically better the IRC corrected time scored by JPK 1010 Jangada. The Royal Ocean Racing Club has declared Richard Palmer’s JPK 1010 Jangada, racing Two-Handed with Rupert Holmes, as the overall winner of the 2022 Sevenstar Round Britain & Ireland Race.

In a dramatic final twist to an intense and highly complex race, the overall winner was decided by the thinnest of margins. After IRC time correction for 15 days of racing, Jangada won overall by seven minutes and nine seconds. Rob Craigie’s Sun Fast 3600 Bellino racing Two-Handed with Deb Fish was second. In percentage terms, Jangada won by just 0.03% in a race of 1,805 nautical miles. Sam White & Sam North racing JPK 1080 Mzungu! is ranked third overall, under two hours behind Jangada after IRC time correction. All three teams were racing in IRC Two-Handed.

“Just a full-on race, absolutely no let-up; snakes and ladders all the way. The pressure was always on. Mentally this race was totally exhausting, but great fun with really close competition,” explained Jangada’s Richard Palmer. “The final 12 hours was incredible. As soon as Bellino crossed the line the clock started ticking and we had a goal to aim for. Our routing programme predicted we could reach that goal with two minutes to spare. I woke Rupert up and told him it was game on and we went for it.”

“This race really is the pinnacle of offshore racing because it offers absolutely everything; close racing on the IRC ratings and the race track has plenty of headlands and tidal gates, all with weather systems that are constantly changing. This race just throws everything at you and it tests you to the limits,” continued Palmer. 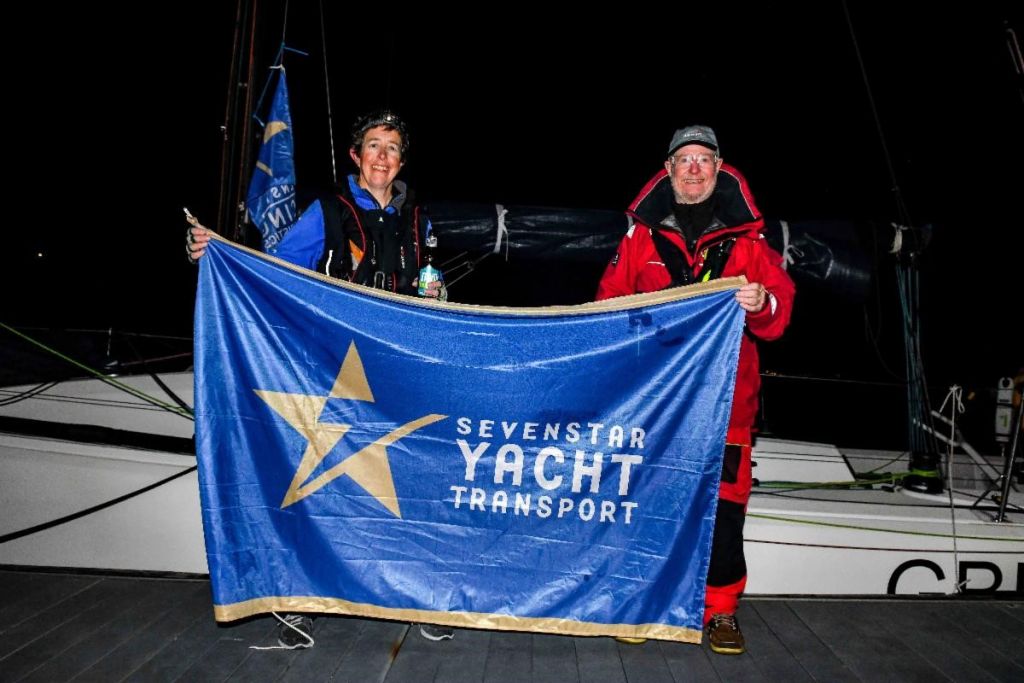 Rob Craigie and Deb Fish racing Sun Fast 3600 Bellino was second overall and commented about the close battles on the water with Sam White & Sam North racing JPK 1080 Mzungu!, which was third overall.

“We knew from the start that there would be a strong class in IRC Two-Handed with boat-on-boat racing and that was a big reason for entering the race,” commented Deb Fish. “We could see Mzungu! for 95% of the race. In that situation, for every mile you are looking for that extra inch; you have to short tack to stay in pressure or out of bad tide. It was great racing but also stressful; an absolutely cracking race.”
“It’s just about sailing the boat,” said Rob Craigie. “You have to get it going; tweak the sails, set up the instruments and also have fun and enjoy it. This race has been 1,800 miles of boat-on-boat racing at the highest level. All you can ever do is the best you can.” 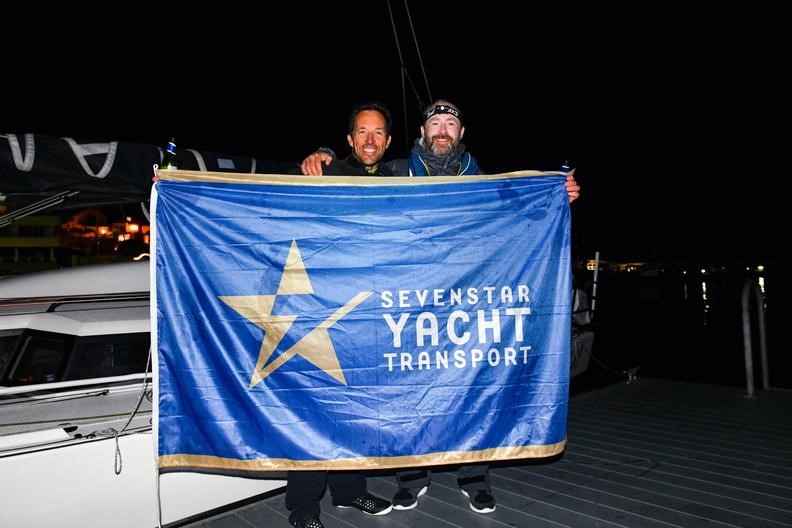 “The close racing with Bellino was so intense it just blew our minds; it was an intense battle,” commented Sam White of Mzungu! “We managed to get out in front, but with the wind shutting down so many times it was actually a disadvantage to be the leading double-handed boat. The teams behind could see us stall and they could then potentially avoid the wind hole. The level of competition was superb, with the pressure on all the time. After St Kilda we were pretty much in a match race with Bellino for a thousand miles. One of our biggest problems was that the autopilot malfunctioned after Muckle Flugga and we were days trying to fix it. Time that should have been spent resting was used to fix it. We were pleased to get the job done, going through that finish line, but I was a little disappointed that we didn’t take Line Honours for Double-Handed. As we came up the Solent to the finish we were bow-to-bow, but to have a race like that against Rob and Deb (Bellino) was incredible. We gave our all, there was nothing that we left out there. So, for Bellino to beat us is an outstanding effort too,” continued Mzungu’s Sam White. 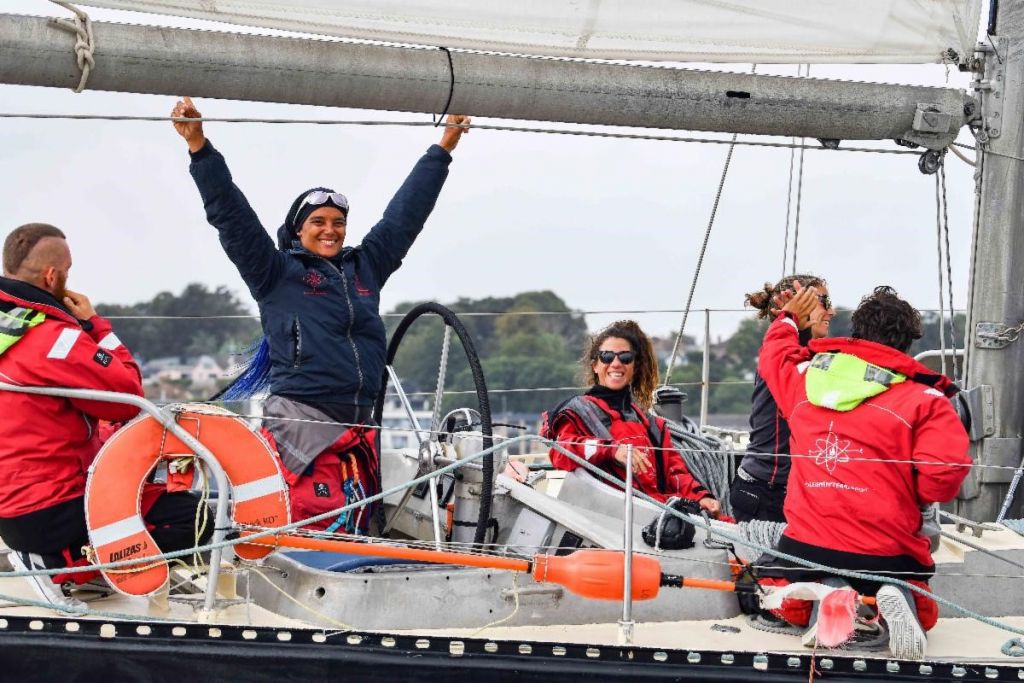 “Usually this is a race with rough conditions, but this was a light air edition and not suited to a 49-year-old, 34 tonne boat, so it was difficult to keep the boat moving all the time. Winning our class was not in the plan, so it is a pleasant surprise, especially finishing with a win on my birthday!” commented Marie Tabarly dockside. The big picture is that we want to compete in the Ocean Globe Race which is a revival of the first Whitbread. We have to select and train the crew and we need to race a lot of miles. We also have sailors whose goal is to raise public awareness of the major environmental and societal issues of our time. Originally, we had 117 applicants and we need to select about 20 to sail around the world for eight months.”