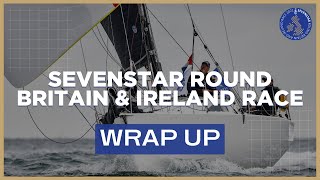 Triumph through guile and determination. Organised by the Royal Ocean Racing Club every four years, the Sevenstar Round Britain & Ireland Race is one of the most challenging offshore races in the world. The 1,805-mile course includes some of the most notorious waters, including: the Celtic Sea, the Atlantic Ocean and the North Sea. The 2022 edition was unusual in that high pressure dominated the weather for the race. This produced a highly changeable and complex weather scenario testing the 30 teams. While near gale force winds and big seas were experienced by just about every boat, this edition was notable for light airs racing. With wind speed ranging from zephyrs to near gale, using the IRC Rating Rule to determine the overall and class winners was an ideal measure. A race where guile and determination were the keys to a top performance. The IRC Rule uses fixed number time correction, meaning that competitors where aware of their ranking throughout the race and could formulate their strategy and tactics accordingly. The Sevenstar Round Britain & Ireland Race came to a thrilling climax on the 16th day when 10 boats finished within a 14-hour rush hour. Rob Craigie’s Sun Fast 3600 Bellino, racing Two-Handed with Deb Fish was the first of the pack, pipping Sam White & Sam North racing JPK 1080 Mzungu! to the line by just 10 minutes. Bellino set the best IRC corrected to beat for the boats that followed. In a dramatic final twist to an intense and highly complex race, the overall winner was decided by the thinnest of margins. After IRC time correction, Richard Palmer’s JPK 1010 Jangada, racing Two-Handed with Rupert Holmes won overall by seven minutes and nine seconds from Bellino, with Mzungu! third. In percentage terms Jangada won by just 0.03% in a race of 1,805 nautical miles over 16 days. Video Credits: RORC/Richard Langdon/Corinna Haines Chilli Pepper Diablo - Calanach Finlayson Fujitsu British Solider Haspa Hamburg Influence Medallia - Paul Larsen/Pip Hare Ocean Racing Mzungu! Mussulo 40 Rockit – Tim Butt/Vertigo Films Tigris #SRBIR #RORCracing
4516
41
0 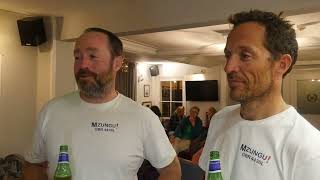 In the 2022 Sevenstar Round Britain & Ireland Race the battle to be the first Two-Handed team to finish was extraordinary, with two teams in sight of each other for 15 days of match racing. Rob Craigie & Deb Fish racing Sun Fast 3600 Bellino was the first double-handed team to cross the line. After 1,805 miles of racing, JPK 1080 Mzungu! raced by Sam White & Sam North was just 10 minutes behind. The two teams have huge respect for each other and shared a beer or two, as well as their thoughts in the RORC Clubhouse in Cowes. #SRBIR #RORCracing
617
17
1 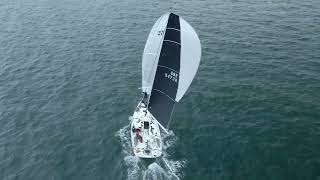 The Sevenstar Round Britain & Ireland Race came to a thrilling climax on the 16th day of the 1,805 nautical mile race. In a 14-hour flurry, 10 boats finished the race and a passionate dock party on Trinity Landing was followed by a hearty meal at the RORC Clubhouse in Cowes. Five boats are still racing but none of them can realistically better the IRC corrected time scored by JPK 1010 Jangada. The Royal Ocean Racing Club has declared Richard Palmer’s JPK 1010 Jangada, racing Two-Handed with Rupert Holmes, as the overall winner of the 2022 Sevenstar Round Britain & Ireland Race. #SRBIR #RORCracing Credits: Rockit/Tim Butt - Vertigo Films, Jangada, James Tomlinson, RORC/Corinna Haines
2607
27
0 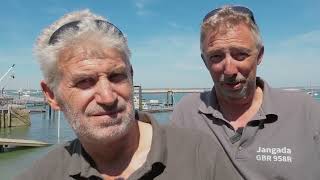 Jangada's goals for the Sevenstar Round Britain & Ireland Race.

#SRBIR #rorcracing Richard Palmer’s JPK 1010 Jangada is approximately 500 miles from finishing the Sevenstar Round Britain & Ireland Race, racing in IRC Two-Handed with Rupert Holmes. Jangada is leading the 2022 RORC Season’s Points Championship. We caught up with Richard and Rupert before the race start.
433
6
0 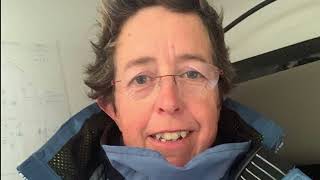 #SRBIR #rorcracing The leading IRC Two-Handed teams in the Sevenstar Round Britain & Ireland Race round Muckle Flugga. The 'Northern Cape' is on the 61st Parallel. Sam White from JPK 1080 Mzungu! and Deb Fish from Sun Fast 3600 Bellino, check in with their thoughts from the very top of the race course.
1049
21
0 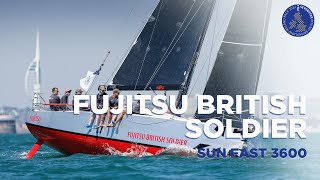 Sun Fast 3600 Fujitsu British Soldier is crewed by the Army Sailing Association. Skipper Phil Caswell will be taking part in his third race and navigator Will Naylor his fourth. The team of seven are all serving in the British Army. Fujitsu British Soldier is currently 907nm into the 1,800nm race around Britain & Ireland, just off the west coast of Scotland, passing the Isle of Lewis and the Isle of Harris, as of Monday 15th August 2022 at 1200 BST. Follow their progress via the YB Tracker: http://yb.tl/rbni2022 #SRBIR #RORCracing
1071
21
0
Load more...

Replay the Live-TV footage of the start 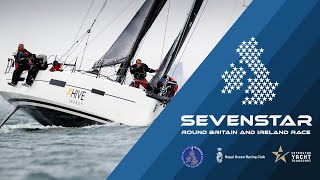 RT @RolexFastnet_Ch: 🇬🇧 - It was a little over a year ago now! An intense nautical week, punctuated by numerous activities for young and ol…

RT @RolexFastnet_Ch: 🇬🇧 - It was a little over a year ago now! An intense nautical week, punctuated by numerous activities for young and ol…