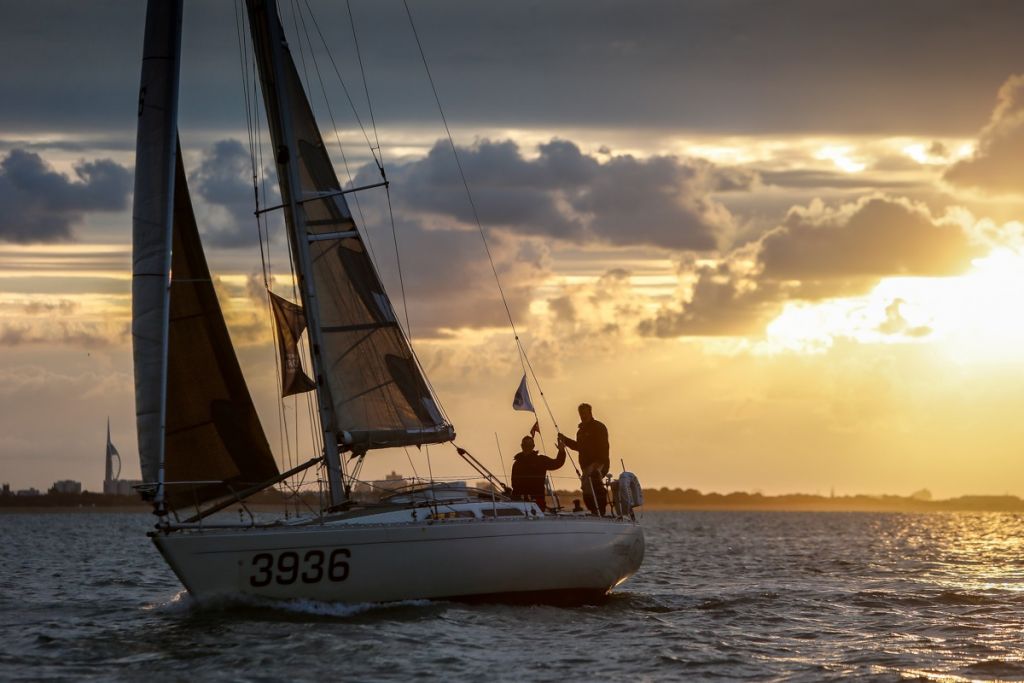 Simon Harwood's Prima 38 Talisman, sailed by a student crew from Oxford University Yacht Club finished the Sevenstar Round Britain and Ireland Race on Saturday 25th August at 13:34 BST, completing the race in an elapsed time of 13 days 01 hrs 34 mins 18 secs. Right up to the finish, the team experienced changeable conditions, as they had done during the whole race:

“We are delighted to have achieved this as such a young crew,” said skipper Simon Harwood in Talisman’s blog before the finish in Cowes. “We have had a lovely morning's sail after a hellish night of squally showers, torrential rain and 35kt gusts which broke the mainsail. We sailed all night under jib only and fixed the mainsail this morning. Pour us a large one!” 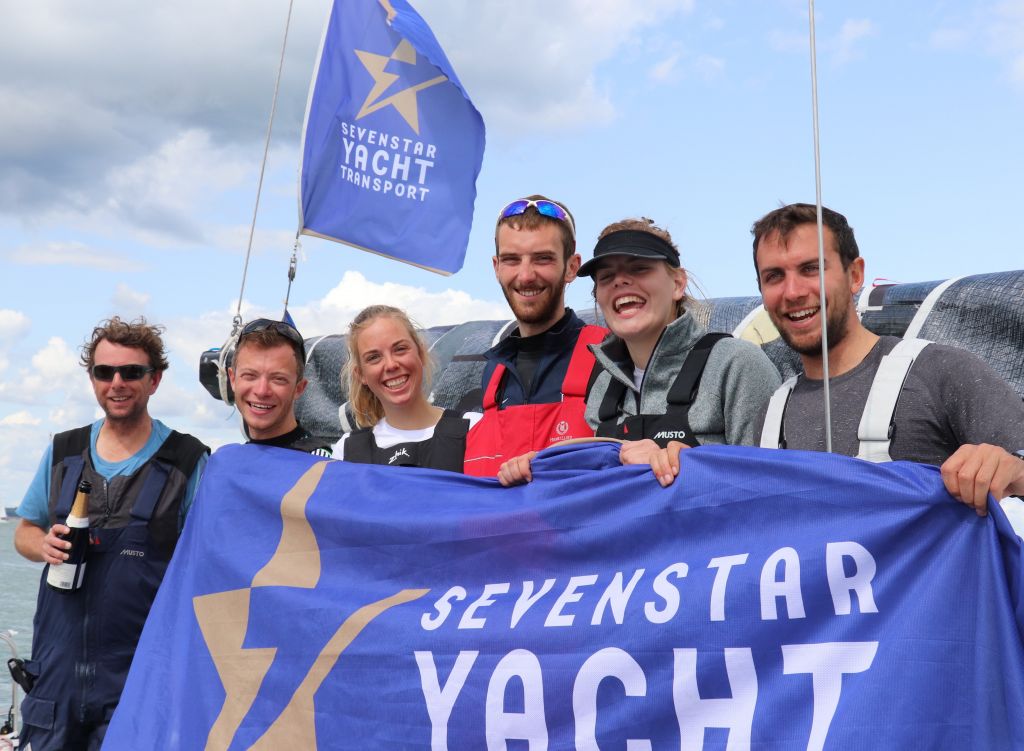 Once ashore after being met by family, friends and the RORC Race team, Talisman crew member Melisande Bess from North Oxford said that the race had been her greatest sailing challenge by far:

"We got really seasick in the North Atlantic with the 10m rollers and it was really tough trying to keep enough energy going. The highlights definitely outshone the low lights though. We saw dolphins pretty much from the start of the race, whales off Aberdeen, and yesterday morning the sun was rising over the White Cliffs of Dover and we thought, we are almost there! I saw islands I didn’t know we had in this country, wildlife I’d never seen near our shore, and stars so bright; so beautiful at night. It’s an adventure and it’s tough, but it’s an amazing experience!” 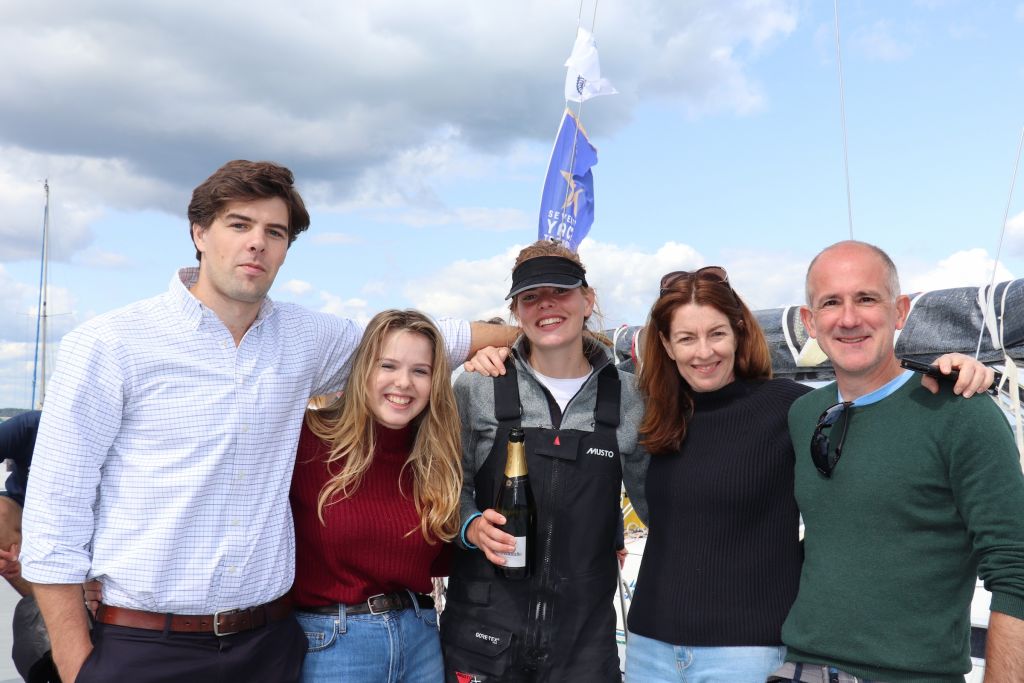 The penultimate boat to complete the race was Charles Emmett and Tim Winsey's Sigma 36 British Beagle who arrived back in Cowes early on Sunday morning in time for breakfast. A seasoned corinthian solo sailor with 20,000 miles under his belt, Emmett was happy to complete the race in under 14 days, and to set a new 24 hour record for his older generation cruiser-racer of 182 miles. The lowest rated boat in IRC completed the race in an elapsed time of 13 days 19: hrs 43 mins 39 secs, winning IRC 4 and becoming the fifth two-handed team to finish the 2018 edition of the race. 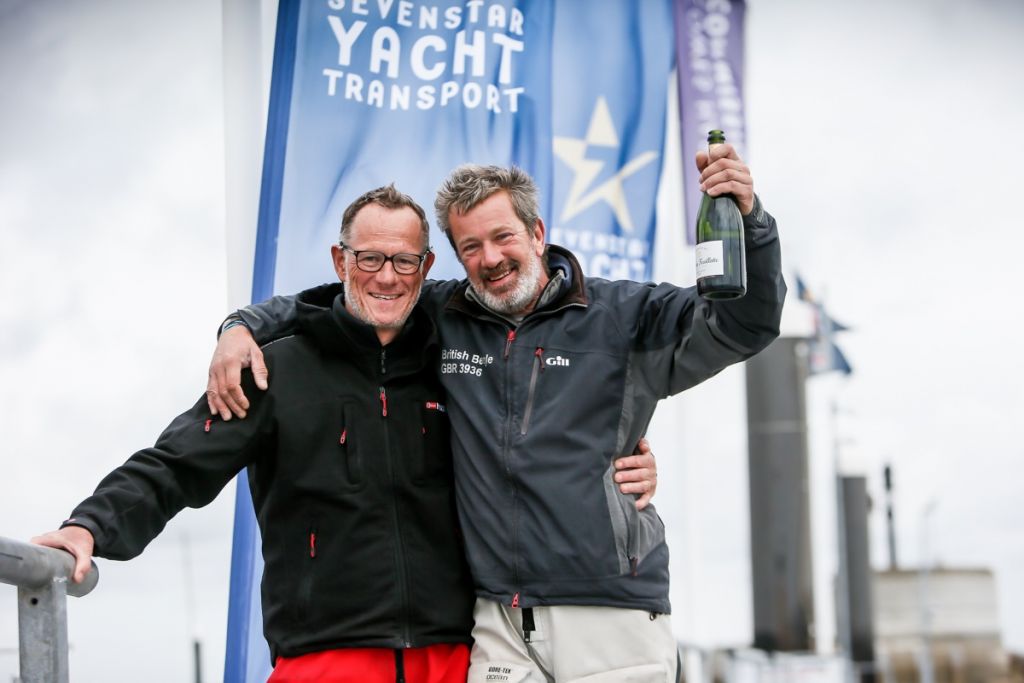 Celebrations after having a blast and a laugh together during the race: Tim Winsey (L) and Charles Emmett (R) © Paul Wyeth

“That was quite a ride for Tim’s introduction to proper offshore (and almost ocean) racing,” said Emmett of his old friend Tim Winsey, who grew up on the Isle of Wight. “Tim and I are great mates and we’ve known each other a long time and I’m blown away by him. He’s dealt with it and coped with it in really tough conditions.”

“The first week there wasn’t a moment you could relax, it was just relentless and intense,” said Winsey of his first offshore race. “I didn’t know quite what to expect and this to me is normal now. I’ve done a lot of cruising when I was younger and I don’t really do racing, but we had a chat in the pub and we hatched the plan to do this race.”

“I’ve done a lot of miles in this boat and it’s a beauty,” continued Emmett. “I haven’t experienced too many conditions like this before; going downwind in 40 knots is horrendous as it’s not a downwind boat. Getting across the finish was a highlight though, but we’ve had lots in this race. We had some of the nicest conditions at the top of the course when we rounded Muckle Flugga. A gentle breeze, downwind with the spinnaker up for the first time and only time in the race. I’ve never been that far north and it’s beautiful up there.”

“We kept the motivation going by having a really good laugh,” continued Emmett. “We are the lowest rated boat in the history of the race and it was sad that Tantrum of Langstone retired as it would have been good to have our sistership in the race as we’ve been around them for many of the RORC races this year. We also had A J Wanderlust with us for the first day or so, but I spend my life sailing this boat solo and two handed; it’s normal for me after 12 hours to be on my own, so nothing unusual there!”

“If you are into your offshore sailing, the Sevenstar Round Britain and Ireland Race is a box ticker, an absolute must. This was definitely on my list of races to tick off as it’s right up there with one of the toughest of the lot, but it’s been a blast!

At 1100 today, Charlene Howard’s American Sun Odyssey 45.2 A J Wanderlust had 269 n miles to the finish in Cowes and were just off Scunthorpe. 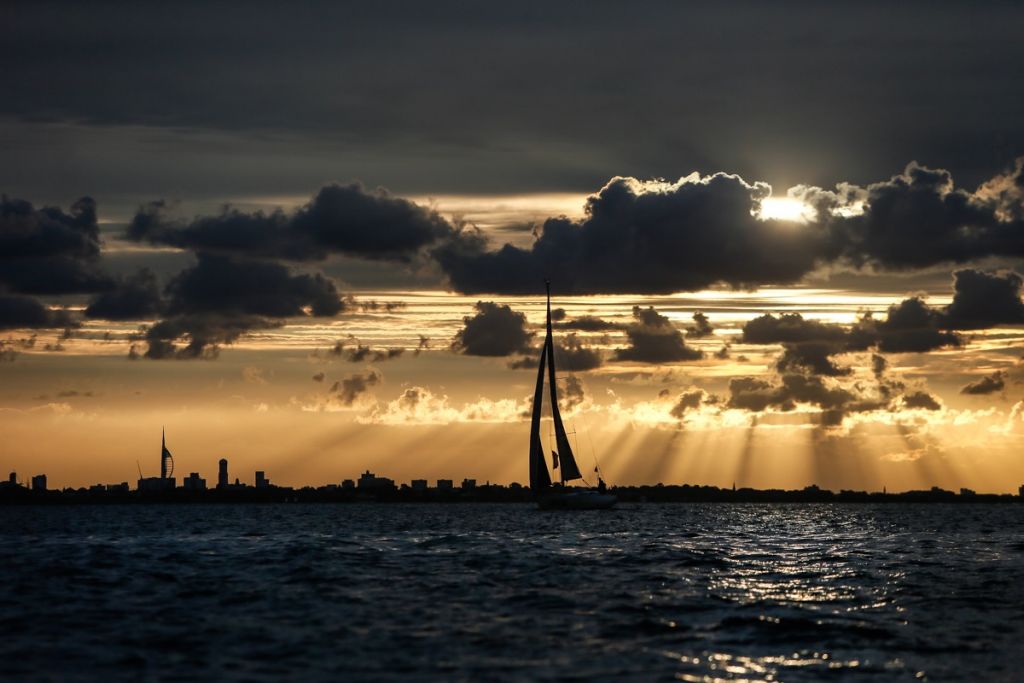