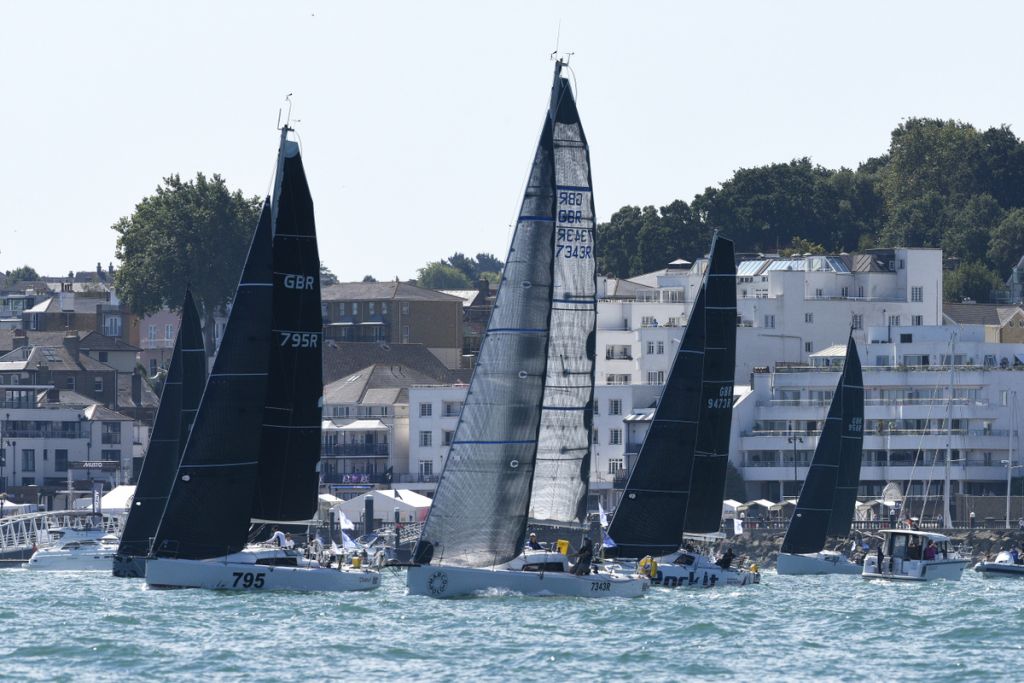 The marathon has begun

The 2022 Sevenstar Round Britain and Ireland Race started on time from the Royal Yacht Squadron Line in Cowes at midday on Sunday 7th August.

The international fleet got away for the non-stop 1,805-mile race without incident. The infamous Solent tide changed favourably just before the start and coupled with light headwinds the fleet raced to the east. The major decision after the start was which way to go; the majority of the fleet went for deep water rather than the island shore where the tide would have turned earlier. After rounding No Man’s Land Fort, the game was to get into a fresh southerly breeze of over 13 knots. Considering the light airs forecast, progress was above expectation, with the boats fully powered-up into open water.

Ian Walker, as skipper of VO 65 Azzam holds the Monohull Record for the race and was a live commentator for the start: “All the teams, especially the double-handed, are going to have to manage their energy for this race; that is going to be absolutely crucial as this is a marathon. It is going to be nip and tuck at every headland and every tidal gate it will be very tough, mentally and physically for many days ahead.”

Ollie Heer’s IMOCA Oliver Heer Ocean Racing was the first to round Bembridge Ledge Buoy, stealing a march on their IMOCA rival, Pip Hare’s Medallia. As the two IMOCAs approached St Catherine’s Point, Medallia was faster in the new breeze, hauling in the leader. 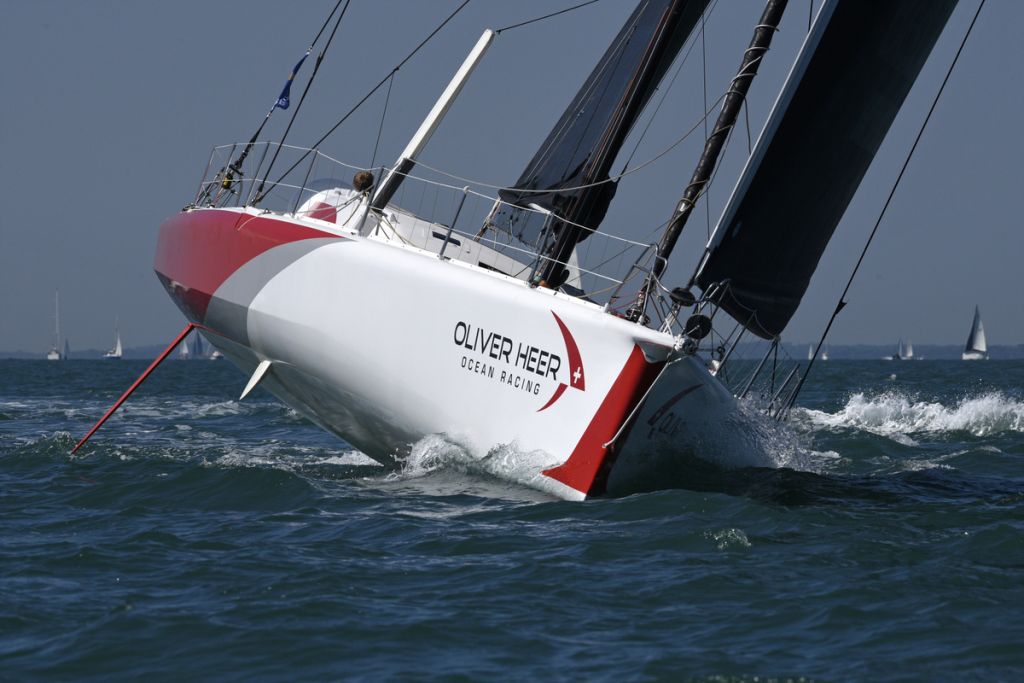 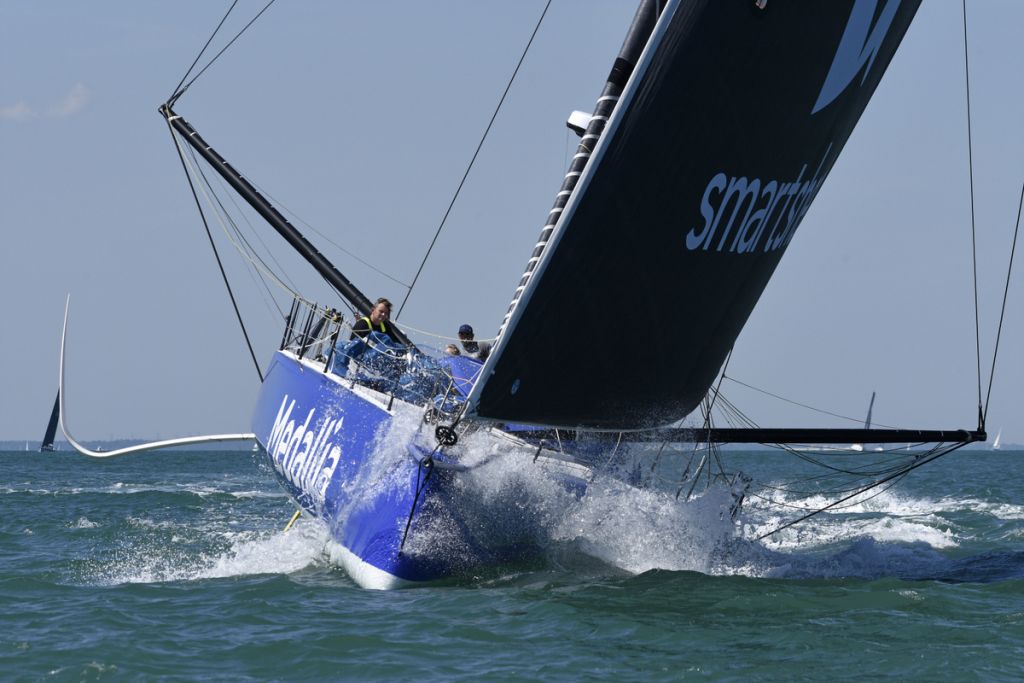 In the Class40 battle, first blood went to the only Italian boat in the race; Andrea Fornaro’s Influence was the first in class to round No Man’s Land Fort. A pack of four Class40s were in pursuit; Palanad 3, Tquila, Kite and Mussulo 40. Antoine Magre’s Palanad 3 and James McHugh’s Tquila took a hitch just inside Sandown Bay and pulled ahead benefitting from tidal relief. 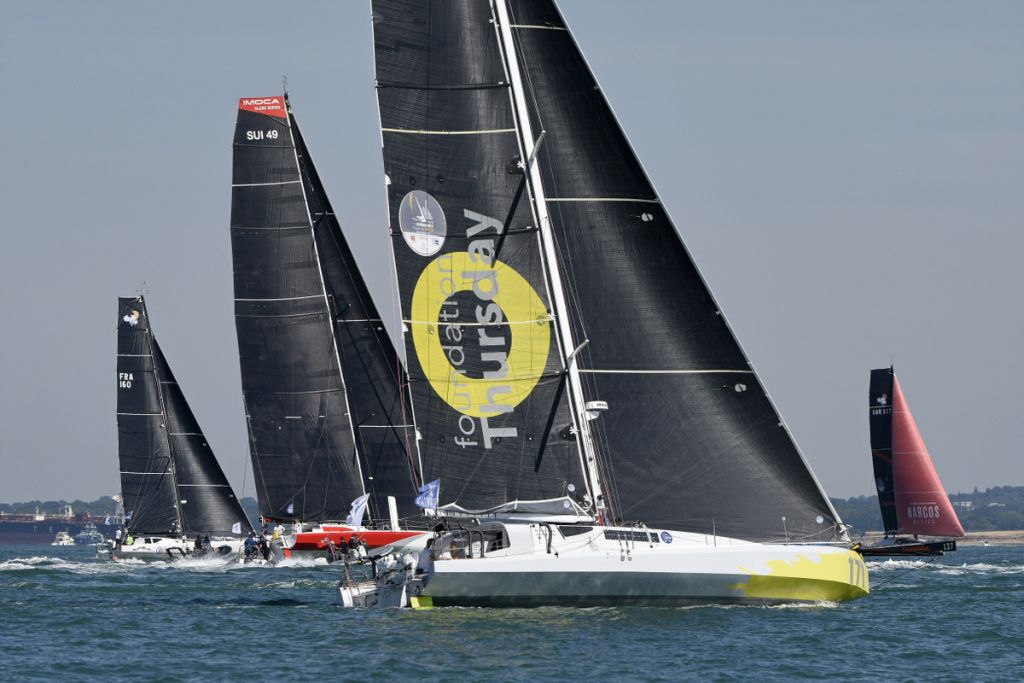 Andrea Fornaro’s Class40 Influence was the first in class to round No Man’s Land Fort © Rick Tomlinson/https://www.rick-tomlinson.com/

In IRC Two-Handed Ross Hobson’s Open 50 Pegasus of Northumberland was in the first start and leads the class on the water. Gavin Howe’s Sun Fast 3600 Tigris, racing with Maggie Adamson had a cracking start 10 minutes after Pegasus and led the second starters on the water, right up the Eastern Solent. Rob Craigie’s Sun Fast 3600 Bellino, racing with Deb Fish, was in hot pursuit, as was Nick Martin’s Sun Fast 3600 Diablo racing with Cal Finlayson. The highly fancied Sun Fast 3300s found it hard to match the leaders in the light upwind conditions. 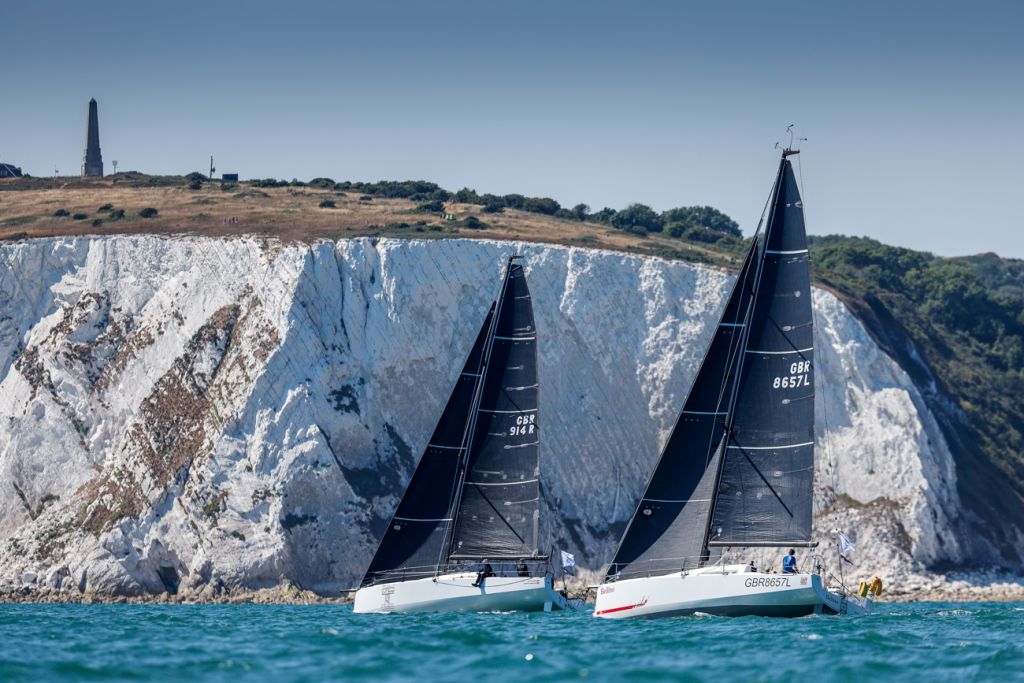 Of the fully crewed entries, the two German youth teams are already locked in a battle for supremacy. The HVS’ JV52 Haspa Hamburg, skippered by Christian Heerman was clean away off the start. The SKWB’s JV53 Bank von Bremen, skippered by Christoph Tschernischen was a mile astern heading for St Catherine’s Point. Michael Møllmann’s Elliott 35 Palby Marine with an all-Danish crew is going well; the canting keel flyer was keeping up with the Class40s. 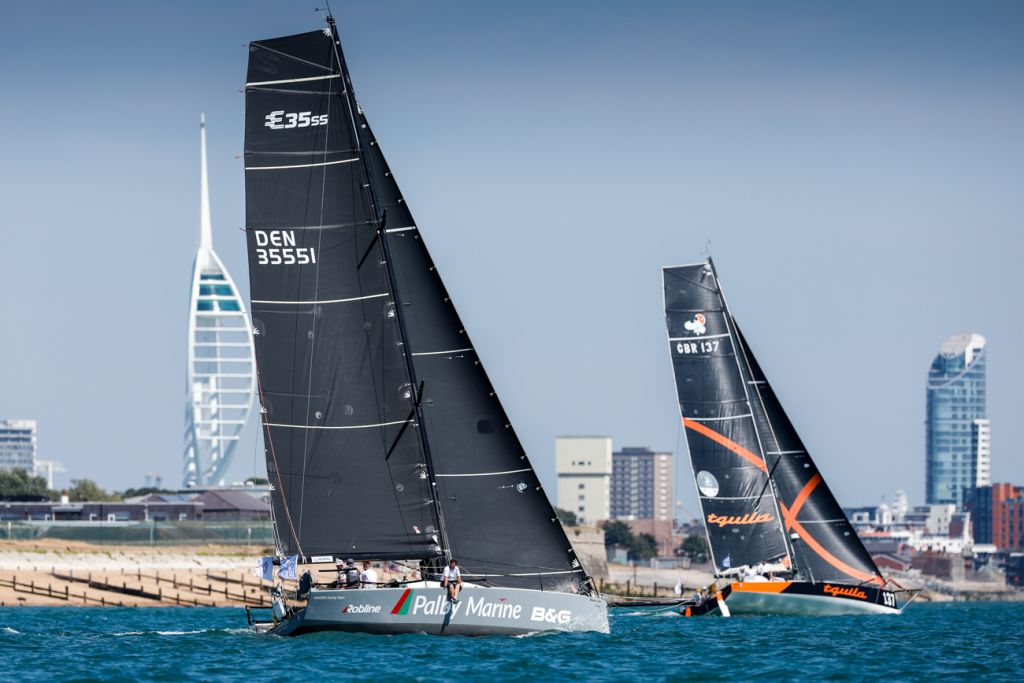 The big strategic decision facing the fleet now will be whether to hug the south side of the Isle of Wight or take a bit of a flyer offshore. The tide is due to turn before nightfall and the wind speed is already decreasing. There is more gradient breeze off the French coast, but to get to it requires racing more miles and picking the shortest route through a windless zone mid-Channel. Watch this space….

Watch the live broadcast of the start again: https://youtu.be/eSHSJsgkVFQ