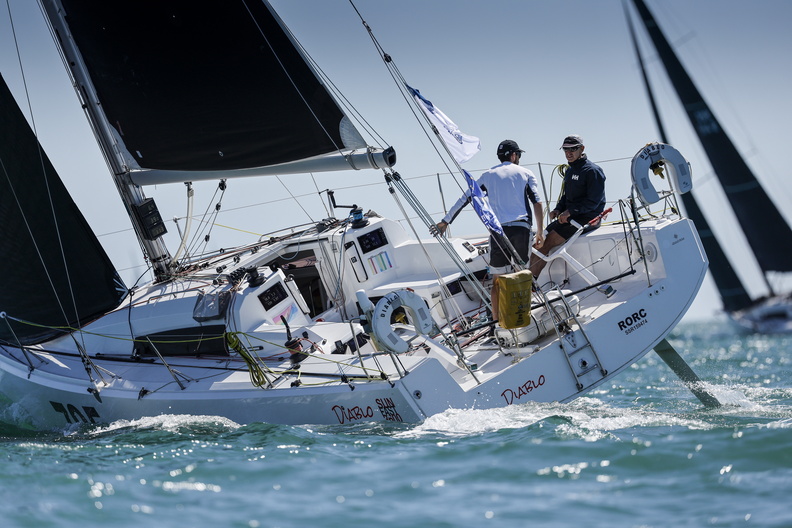 Wind seeking in the Celtic Sea

The international fleet in the Sevenstar Round Britain & Ireland Race is now in the Celtic Sea heading for the West Coast of Ireland. Pip Hare’s IMOCA Medallia has raced 217 miles in the last 24 hours and is just over 30 miles from passing Bull Rock on the South West tip of Ireland. Rival IMOCA, Oliver Heer Ocean Racing retired from the race at 22:00 on 08 August. Antoine Magre’s Palanad 3 leads the Class40 Division but has one eye on Andrea Fornaro’s Influence. Nick Martin’s Sun Fast 3600 Diablo continues to impress in IRC Two-Handed, plus updates from double-handed warriors Marco Polo and Snifix Dry reveal how yesterday’s strategy played out, and life on board some of the more adventurous entries.

Pip Hare’s IMOCA Medallia is 40 miles ahead of Ross Hobson’s Open 50 Pegasus of Northumberland. Medallia surfed past the Isles of Scilly at 16 knots at around midday yesterday but high pressure has now slowed progress. The centre of the high is right over Bull Rock which they must leave to starboard. Medallia is to the south west of Ireland looking to get round the high to reach the low pressure system to the north.

Unfortunate news came in last night from Oliver Heer Ocean Racing: “IMOCA Oliver Heer Ocean Racing has had to make the tough decision to retire from the round Sevenstar Round Britain and Ireland Race after a medical incident on board. All crew and boat are safe and heading back to base,” commented Ollie Heer to the RORC Race Team. 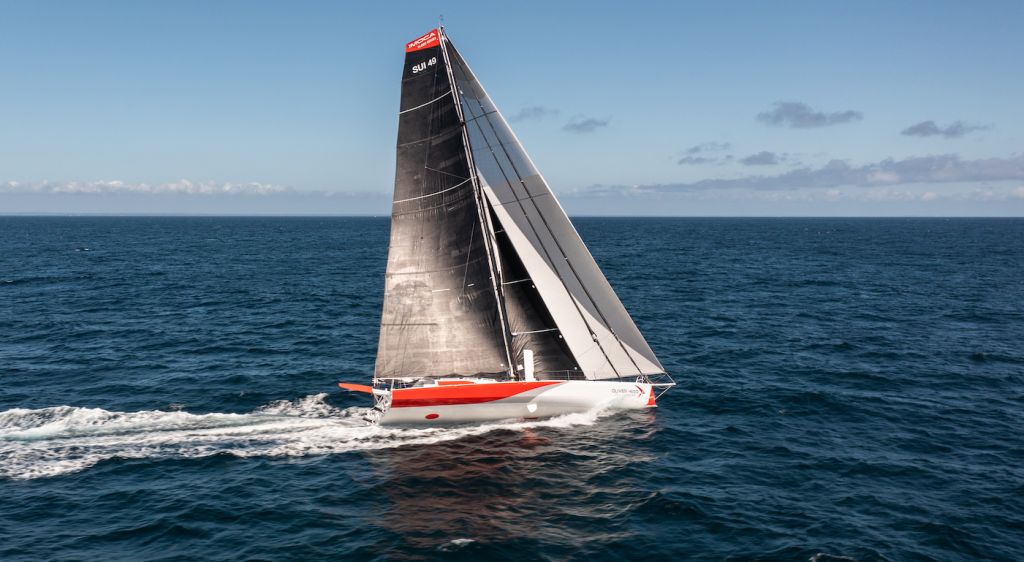 Changing gears in the Class40s

Antoine Magre on board leading Class 40 Palanad 3 contacted the media team via satellite phone from the middle of the Celtic Sea at 0800 BST. “It has been a good start for us. We managed to stick with the Class40s that are built for lighter weather. We took off during the first night which was good, but yesterday was difficult when we were stuck in the light wind for a few hours. However, the wind came back and we were on our way and through the second night progress was great. Now, we are in the middle of the Celtic Sea, once again stuck in very light winds! We are still going but at only about three knots. This is difficult especially as we have just had position reports of a group of Class40s to the north (Kite, Influence & Mussulo 40). It is tricky to navigate but let’s see how it goes. We are hoping to get to the corner of Ireland in 15-20 hours.”

Nick Martin’s Sun Fast 3600 Diablo, racing with Cal Finlayson continues to lead the ranking for the double-handed class. At 1000 BST on Day 3 Diablo was estimated to be 83 minutes ahead after IRC time correction from Sam White & Sam North racing JPK 1080 Mzungu! Ranked third is Rob Craigie racing Sun Fast 3600 Bellino with Deb Fish. One of the big rises in ranking is Shirley Robertson & Dee Caffari racing Sun Fast 3300 Rockit, which has raced 159 miles in the last 24 hours. Of the leading pack of double-handers only Diablo has raced more and then just by one mile. Rockit is the furthest north of the pack. 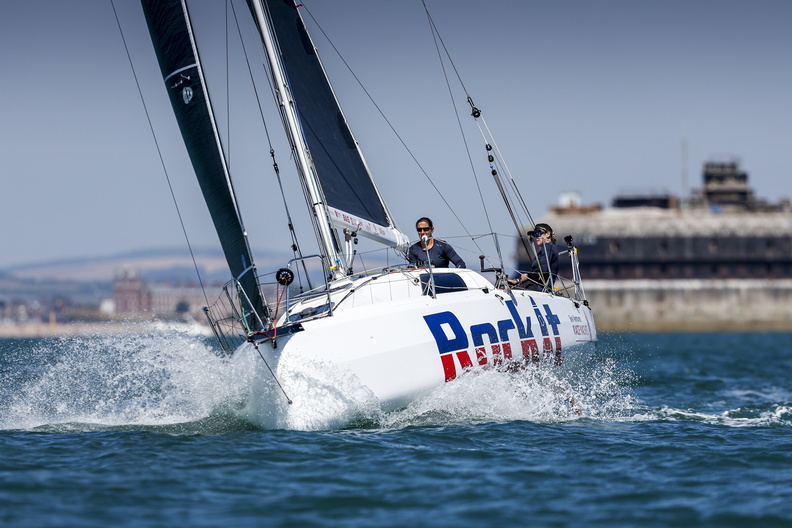 “Yesterday was a real game of cat and mouse, losing our lead as the wind shut down we were the first into a light area of wind which meant gybing south,” explained Sam White from Mzungu! “Those behind having the advantage of seeing our speed drop, gybed south just before the wind hole. They made big gains on us and after a few hours of gybing south we crossed just behind Bellino and Diablo. But their lead (on the water) was short lived as we accelerated away from them again by heading further south in better wind. Chilli Pepper went furthest south and made some good gains on the whole fleet.”

Will Best on board Steve Berry’s Sun Fast 3600 Marco Polo contacted the media team at 0300 BST on Day 3. Marco Polo was one of the first yachts to head offshore after rounding Start Point on the morning of Day 2 but then went back inshore.

Interview with Stephen Berry and Will Best on Sun Fast 3600 Marco Polo before the start.

“We did a nice job getting offshore early but it all looked too good inshore so we thought maybe that bubble (area of no wind) was not there. We went back to try and cut the corner like a few boats ahead of us and got sucked into a wind hole while everyone else sailed around us, which was quite frustrating. There you go – caught by the Lizard!” 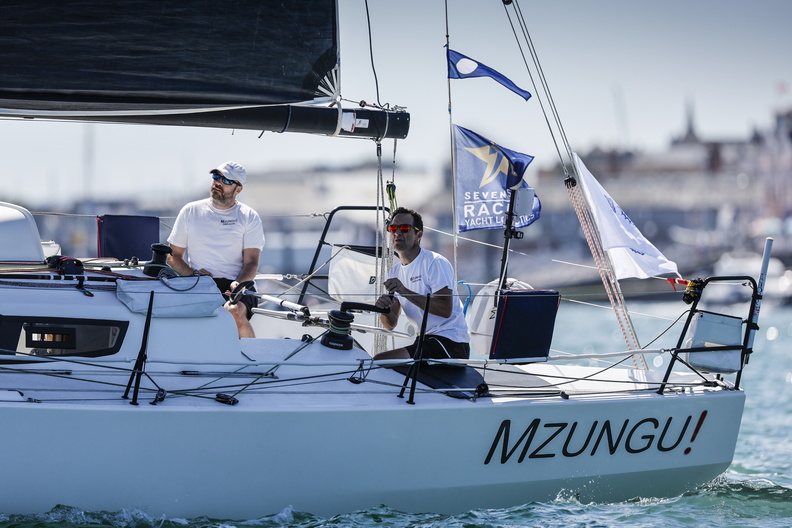 The overall winner of the Sevenstar Round Britain & Ireland Race is decided by the best elapsed time after IRC time correction. The first three days have been raced in relatively light conditions but weather models are showing medium to strong south easterly wind off the West Coast of Ireland which may shake up the overall ranking.

While winning the race is the dream of every team, just finishing deserves huge praise. Dirk Lahmann & Wilhelm Demel are racing German Peterson 43 Snifix Dry in IRC Three and the Two-Handed Division. The pair have raced the 1978 two-tonner over 50,000 miles, including finishing the 2021 Rolex Fastnet Race. “The mood is great,” commented Wilhelm Demel. “We have got a few of our tactical decisions right, but we are running low on sunscreen. The sandwiches are coming up the companion way and we have dolphins showing us the way!” 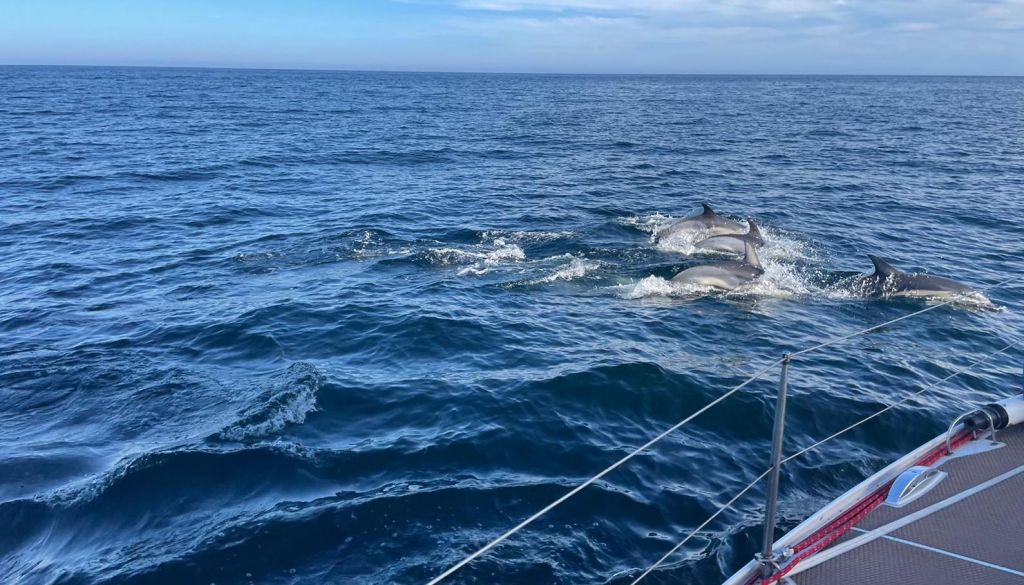