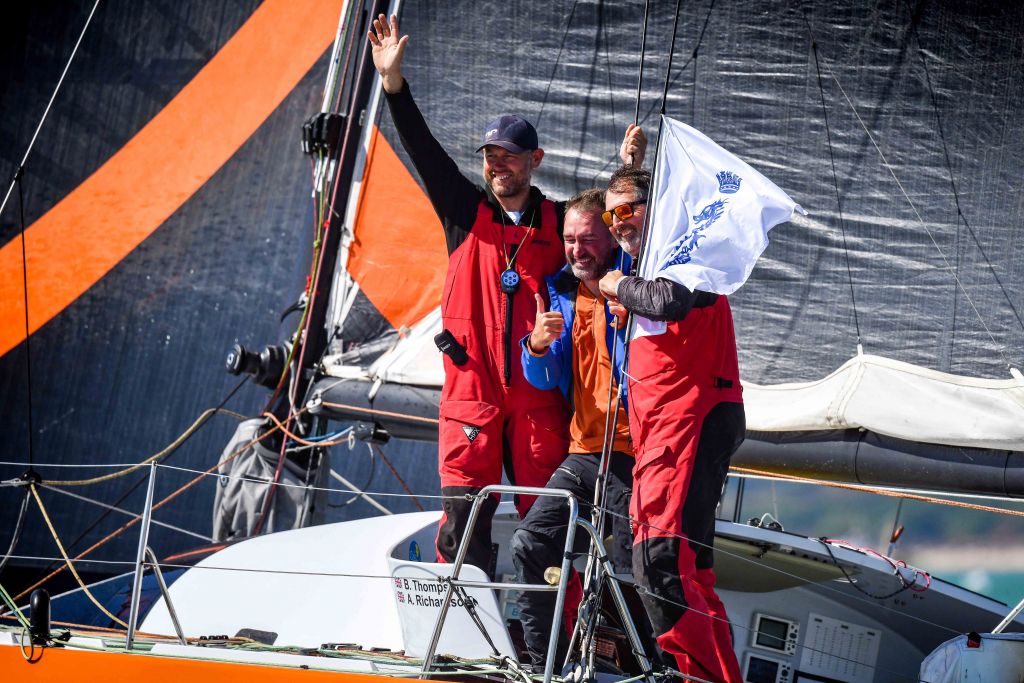 The team received a warm welcome and cold beer at Trinity Landing in Cowes before walking up to the RORC Cowes Clubhouse for the first solid meal in nearly two weeks. The team spoke dockside about the Sevenstar Round Britain & Ireland Race.

“It was a fantastic race but very long,” commented James McHugh. “As we were passing Galway where my parents are from, a few boats had retired and the thought did cross my mind, but we carried on! It was a real change to see the scow bow boats pull out as it was interesting to match up against them to see how we would go against them. This is only my third Class40 race and it is a very different discipline to my Etchells sailing. Brian and Richard have been putting me through my paces to get up-to-speed. They are great sailors, really intuitive. It has been wonderful to do this race with them and work as a team. For me going around the Shetlands was something special; it is an incredible landscape.” 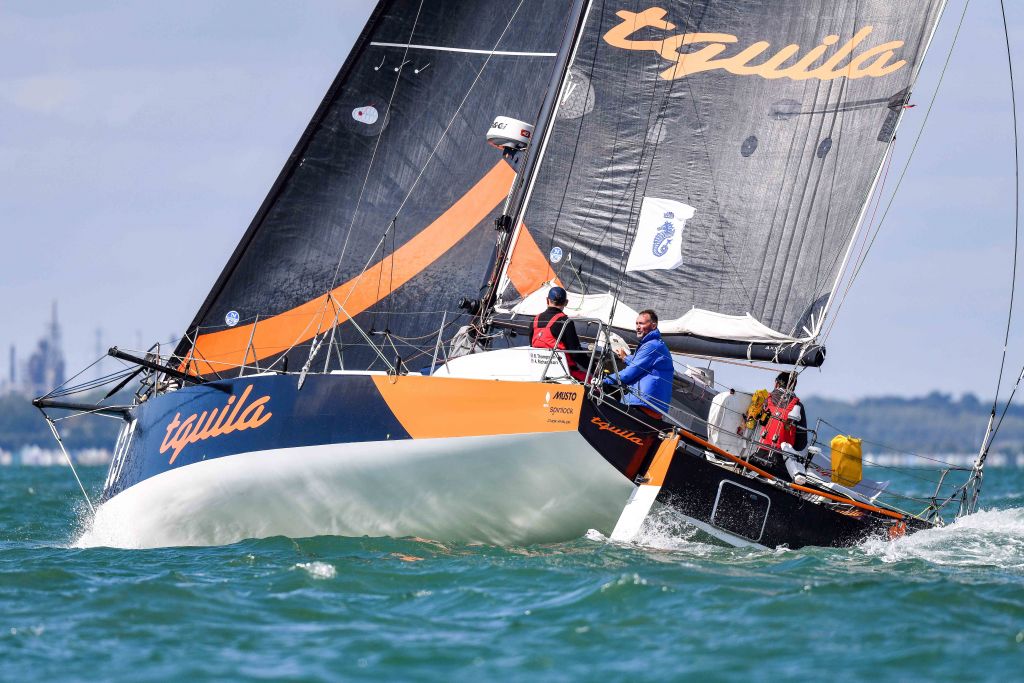 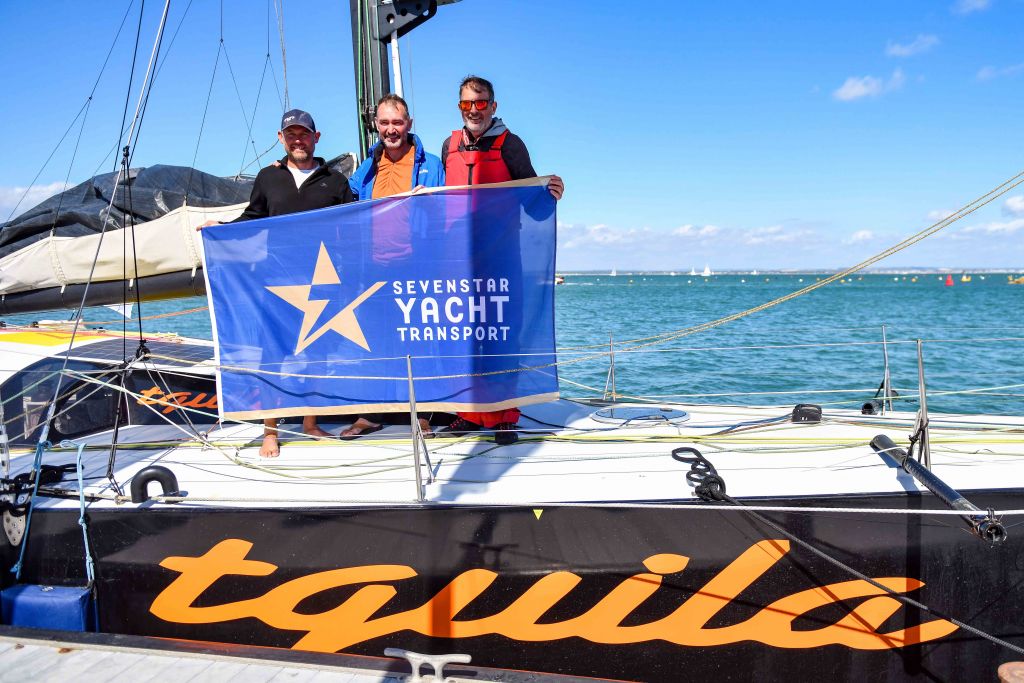 Above: Team Tquila dockside after completing the race in just over 13 days. All Photos of James McHugh’s Class40 Tquila © James Tomlinson/RORC

Multihull specialist Alister Richardson is fairly new to Class40 racing although he did finish the 2021 Transat Jacques Vabre in 11th place with Brian Thompson in Tquila: “I love the short-handed format and there is extremely good competition. It is a great boat to sail and it’s not too expensive. It is different to the very high performance boats I sail, but this is good fun racing. Even in the really light weather it requires a lot of concentration because every little bit of breeze is just a gain, so you concentrate, day in day out and it is nearly more tiring than when it’s windy as it wears you out mentally.”

The last time Brian Thompson did the race was setting the 60ft and under record on IMOCA 60 Artemis which completed the course in under six days.

“This time we were only up to the West Coast of Ireland after five days,” commented Brian. “It was a very tactical race and we made a big gain after Muckle Flugga which was unexpected as we had blown up our fractional halyard and had to do the leg with a jib in a lot of wind, but we ended up in a better position and good through a high pressure ridge. I have never seen so little wind on this course, but it did keep the whole fleet really close. It was fantastic to see the Two-Handed teams in such a tight race. If I had a hat I would take it off to them, battling it out like a Figaro race. It is so impressive to see the talent in that fleet and the high level of racing.” 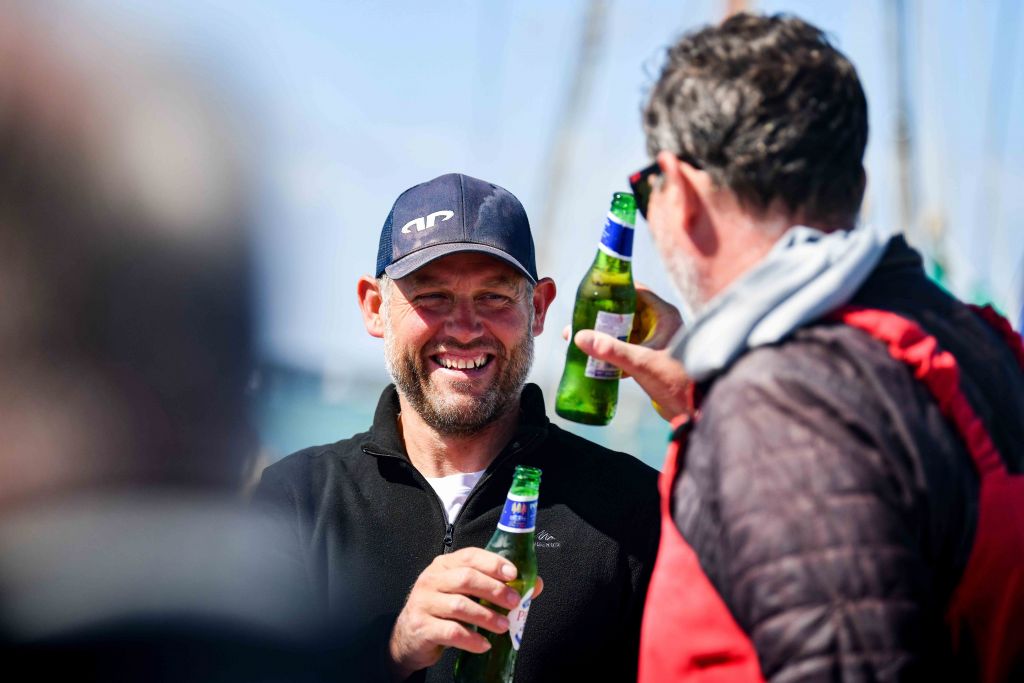 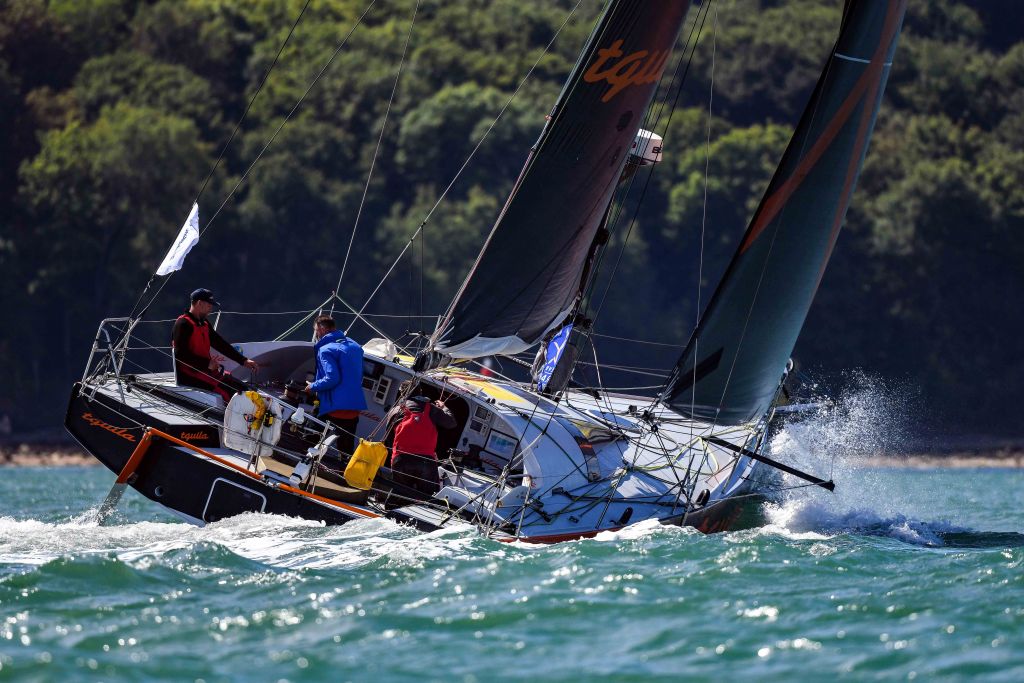 Tquila Class40 off Osborne Bay, closing in on the finish at the RYS in Cowes © James Tomlinson/RORC

Live Blog with news from the teams: https://roundbritainandireland.rorc.org/live and via the race tracker: https://yb.tl/rbni2022