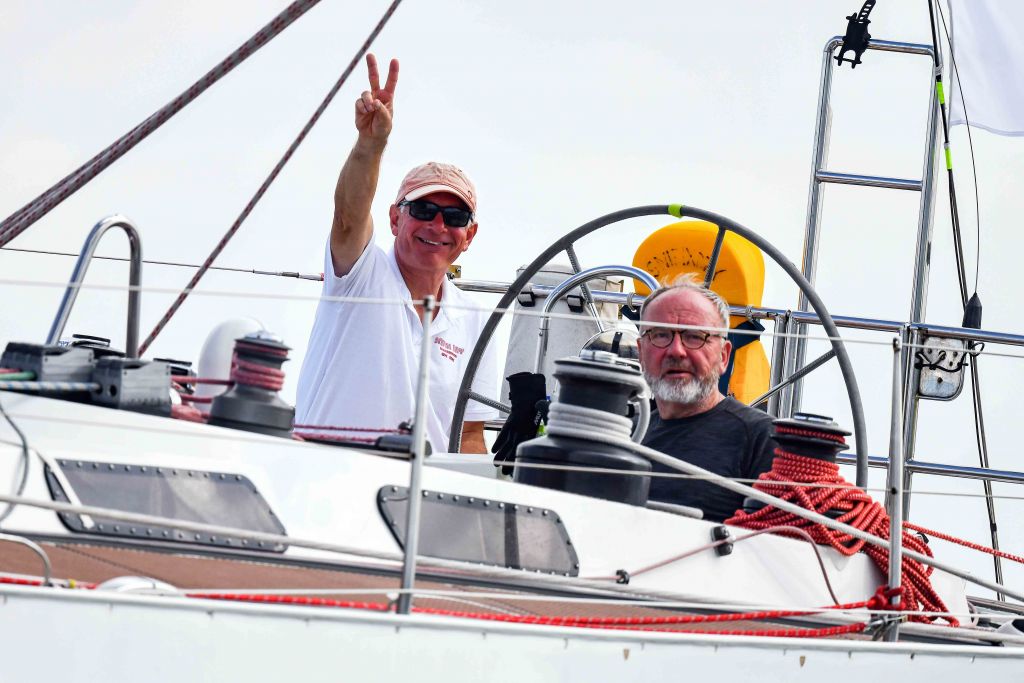 Peterson 43 Snifix Dry raced Two-Handed by Dirk Lahmann & Wilhelm Demel finished the Sevenstar Round Britain & Ireland Race on the 24th of August at 12:12:02 in an elapsed time of 17 days 0 hrs 2 mins 9 secs. Snifix Dry is the eleventh team competing in IRC Two-Handed to complete the race and the first German team for the 2022 edition. Built in 1978, the only real modification is an auto-tack system for the foresail. Snifix Dry is not set up for double-handed racing. While the mainsail is roller-furling, the headsail is fixed via a Tuff Luff, making sail changes hard work for a double-handed team. 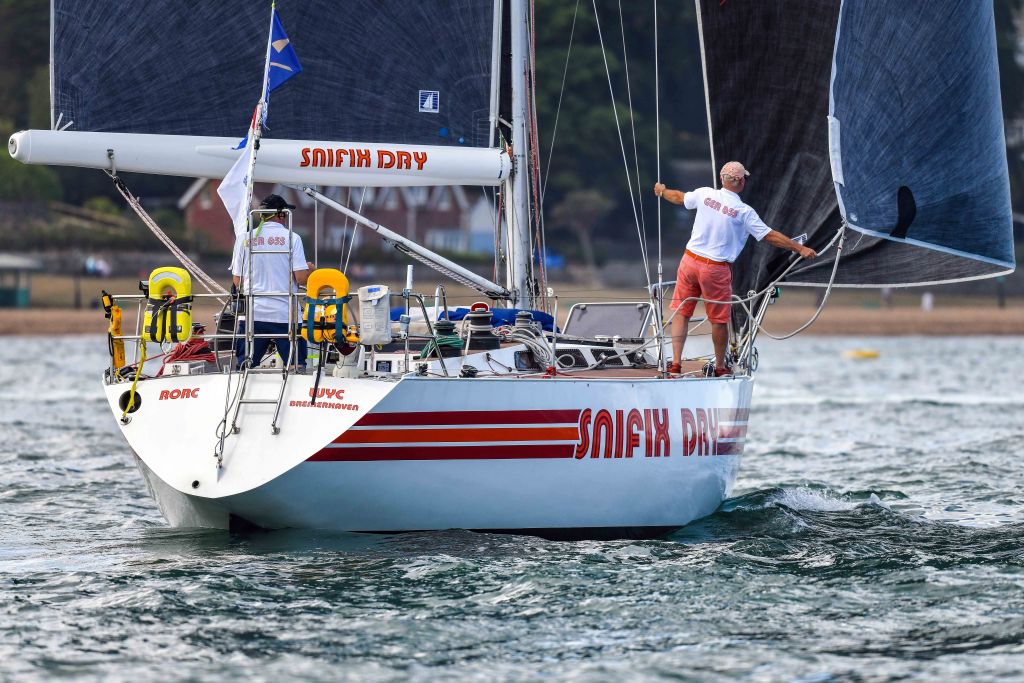 Snifix Dry had S&S 34 Morning After as close opposition for much of the race. Two of the Morning After crew; RORC Admiral Mike Greville and Louise Clayton, as well as Jangada’s Richard Palmer, and Rupert Holmes were among family and friends greeting the Snifix Dry team at Trinity Landing. Snifix Dry skipper Dirk Lahmann became a RORC member after finishing the 2021 Rolex Fastnet Race and intends to take part in many more RORC races.

“We had a wonderful battle with Morning After, AJ Wanderlust and Polished Manx II, but we did not have any autopilot for the last five days, which is hard on a boat like Snifix Dry as she is not designed for double-handed racing. The Irish Coast was great and we also made a stop in Fair Isle in the Shetlands to repair our foresail and halyard. The island is wonderful but I think the locals thought we were a bit crazy, sailing up and down the harbour! It took us two hours to fix the sail and Morning After over-took us again. We didn’t catch up until North Foreland, Kent. 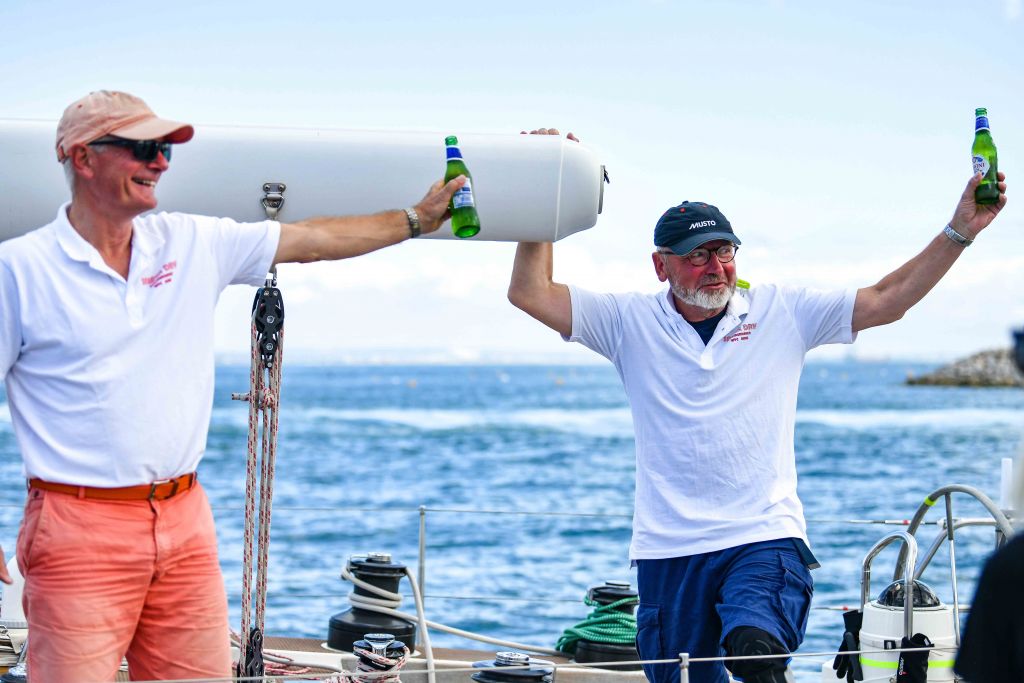 “We are delighted to have finished the race with no medical issues and no major technical problems or damage. The race was much longer than we thought, but on the whole this race has been great. I remember asking Willie (Lahmann), what shall we say to people when they ask why we have done this race? We both agree that the answer is – because it is there! Like every good idea; it is a simple concept.”

Sun Odyssey 45 AJ Wanderlust (USA), raced in IRC Two-Handed by Charlene Howard and Bob Drummond finished the Sevenstar Round Britain & Ireland Race on the 24th August at 11:54:02 in an elapsed time of 17 days 0 hrs 44 mins and 10 secs. Charlene Howard raced AJ Wanderlust in the 2018 edition (also Two-Handed) and despite the calm weather, this year AJ Wanderlust was over two hours quicker. Charlene and Bob have sailed the boat twice across the Atlantic and this is the second time this year that they have raced around Great Britain and Ireland!

“As we were finishing, I wanted to send a message to the race WhatsApp group; let’s go for lap two!” joked Charlene. “It was great, we had a bit of competition this time; Morning After and Snifix Dry were with us and Polished Manx until they pulled in for a while due to the weather, but this year we just stayed with it. AJ Wanderlust doesn’t come to races to start, we come to finish, but if we won occasionally that would be great as well! My thought is that longest on the water wins! It does get a wee-bit frustrating when you don’t have wind, but I think there are worse places to be than sailing slowly around this course. It is a great place to be and Bob (Drummond) is good humoured, especially when I thought Portsmouth’s Spinnaker Tower was Snifix’s kite! Pitting yourself against nature is a challenge and something you cannot always control.” 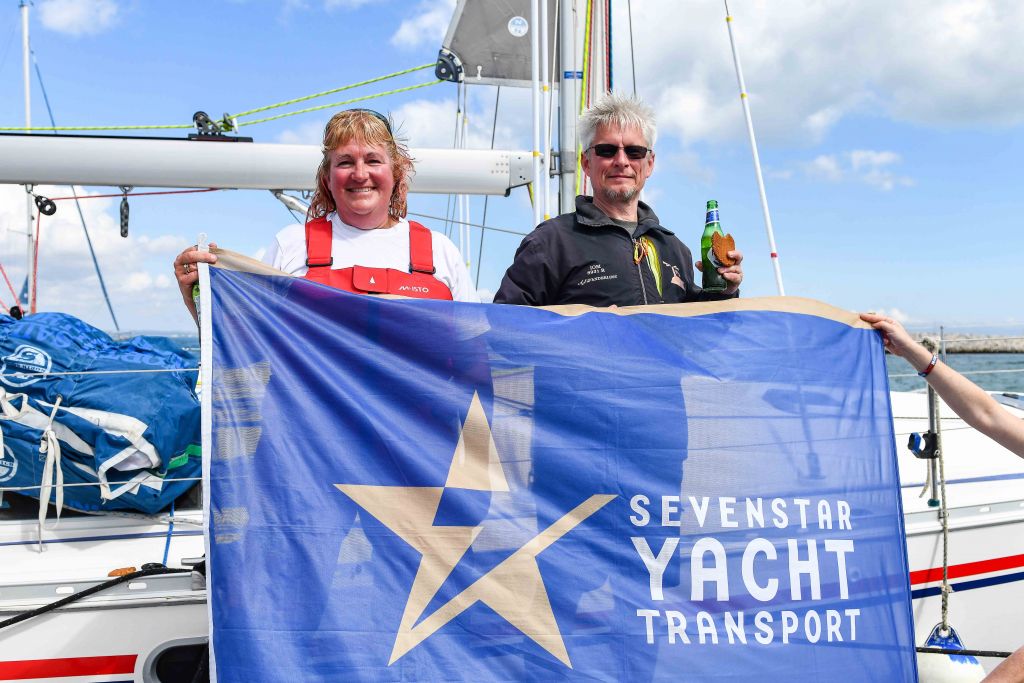